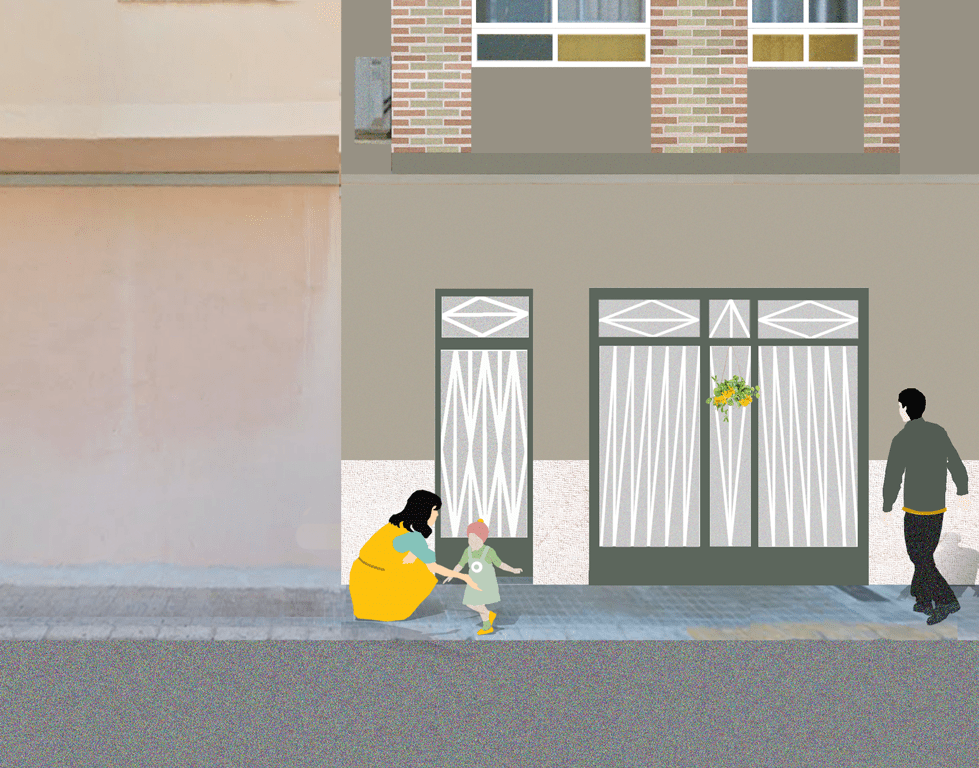 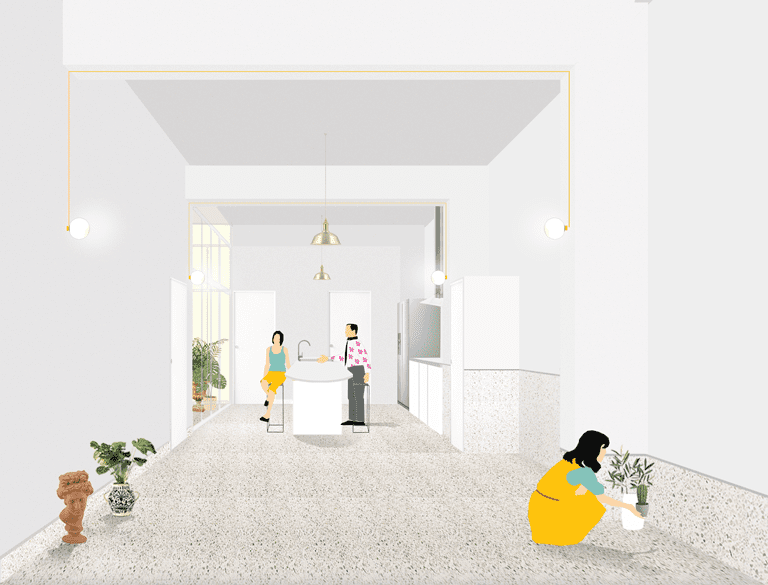 Each square meter is a small challenge. The Condesa Vergara’s project is an exercise of few square meters where domestic life must be highlighted. It is an exercise of organization and hierarchy of the daily activities of a family that will re-inhabit a space, which will modify the way to use that space. A modification of the use.

Leonor and Pedro invited us a coffee to check the idea they had long time ago: to convert their current garage into a house. They wanted to know if it was feasible or if it was just a crazy idea.

The following meetings were around a participating table. We organized sessions where the three main participants of the process shared their ideas. Leo and Pedro described what they were looking for. Plàcid, the general contractor, was involved from the beginning of the process in order to propose the possible building paths. And we were responsible for selecting, classifying and drawing everything in those meetings as well as to choose the materials.

The process continued until the project began to take shape. When it seemed like the end, we came back to rethink the ideas. We stopped and started to value what had to be rid of and what had to be maintained.

To help us, we began to imagine the possible daily ritual of the family, we began to trace the daily tasks. That was the tool that clarified our doubts:

Leo delivers the last letter before picking up his briefcase from the office to go home. Workday finished. She parks the car right next to the door: does not want to cover an iota of sunlight coming into the house. Before putting the key in the lock, she thinks about the nice door that, in addition to being light, dialogs perfectly with the small door next to it. When she opens the door, immediately gets the aroma of lentils with laurel. The great and white space welcomes her, with small bright flashes that he had dreamed so much during the working day. This main space as well as housing the arrival time, contains all public activities of the house. She see Pedro in the background, sitting on a stool in the kitchen taking care of the lentils, while enjoying a beer at the end of the countertop which becomes an open plan kitchen: the fast food area. Pedro’s son, gets up right away from the sofa when he sees his mother enter moving the television to the area where they are going to have lunch. Leonor greets and goes across the entire room to the patio to irrigate the plants while where control the status of the laundry. And just at that moment, she thinks about the nap she will enjoy later on the sofa, just two steps far away from the dining table, three steps from the floors, five steps from the entrance and four steps from the fridge.

The Condesa Vergara house is a small space in which the great daily story of the family takes place. It is a large space, but articulated and separated from the two private rooms, the bathroom and the bedroom, by a patio with a skylight. This patio houses the laundry area and a small garden, while it is the source of natural light coming into the house.

The project is organized with a strict layout of routes and storage areas to achieve maximum use and ventilation of the spaces without invading the privacy of sleeping or washing. The doors may be always open, because nothing will be in the sight of an indiscreet person.

The main request of Leonor in our first meeting was that the house should be all white. To achieve this we began to work to obtain a framework of textures: bright woods, matte woods, white aluminum, small stones organized with conglomerate, etc. all of them white to accomplish to the maximum accuracy the wishes of those who will enjoy it.