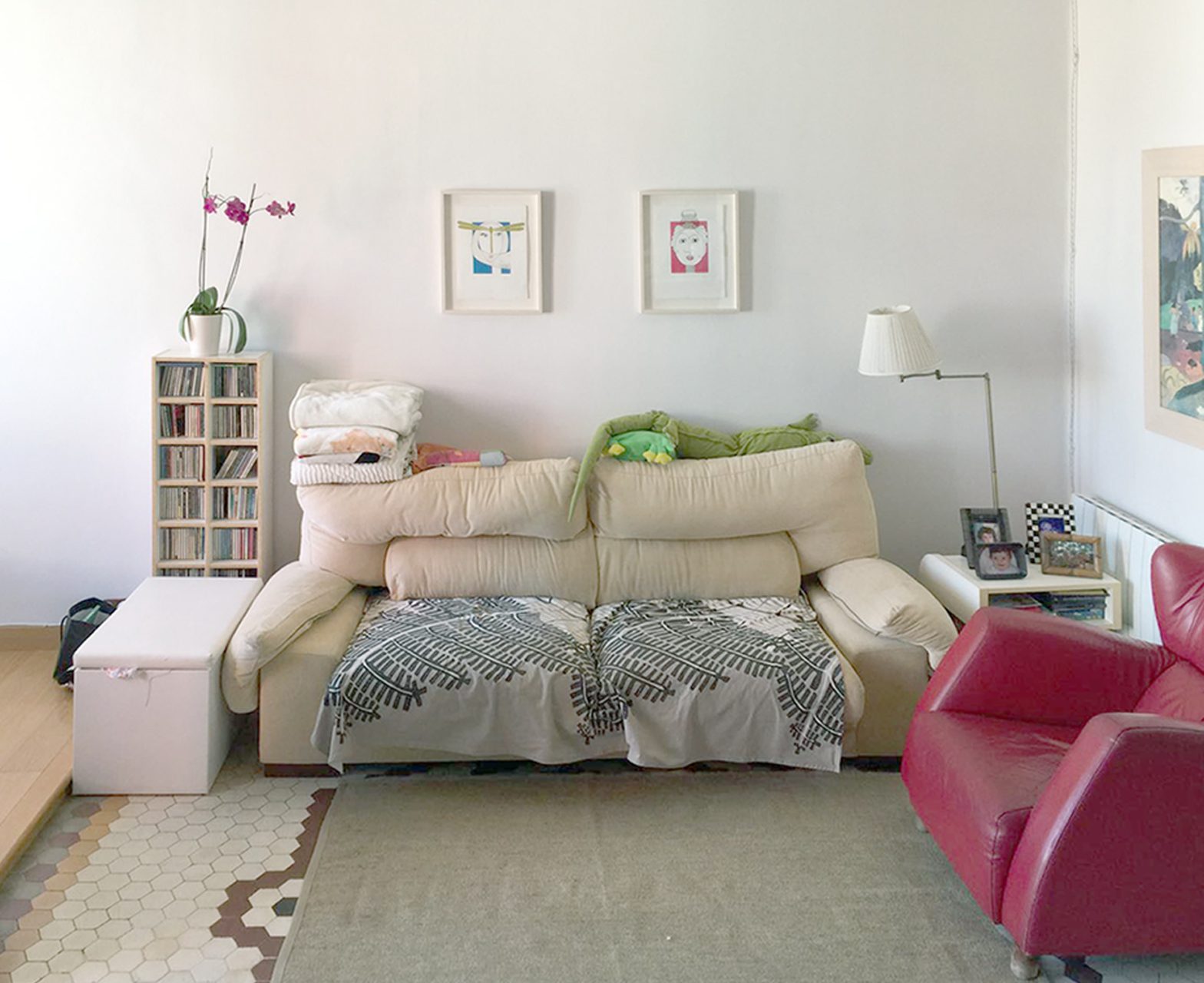 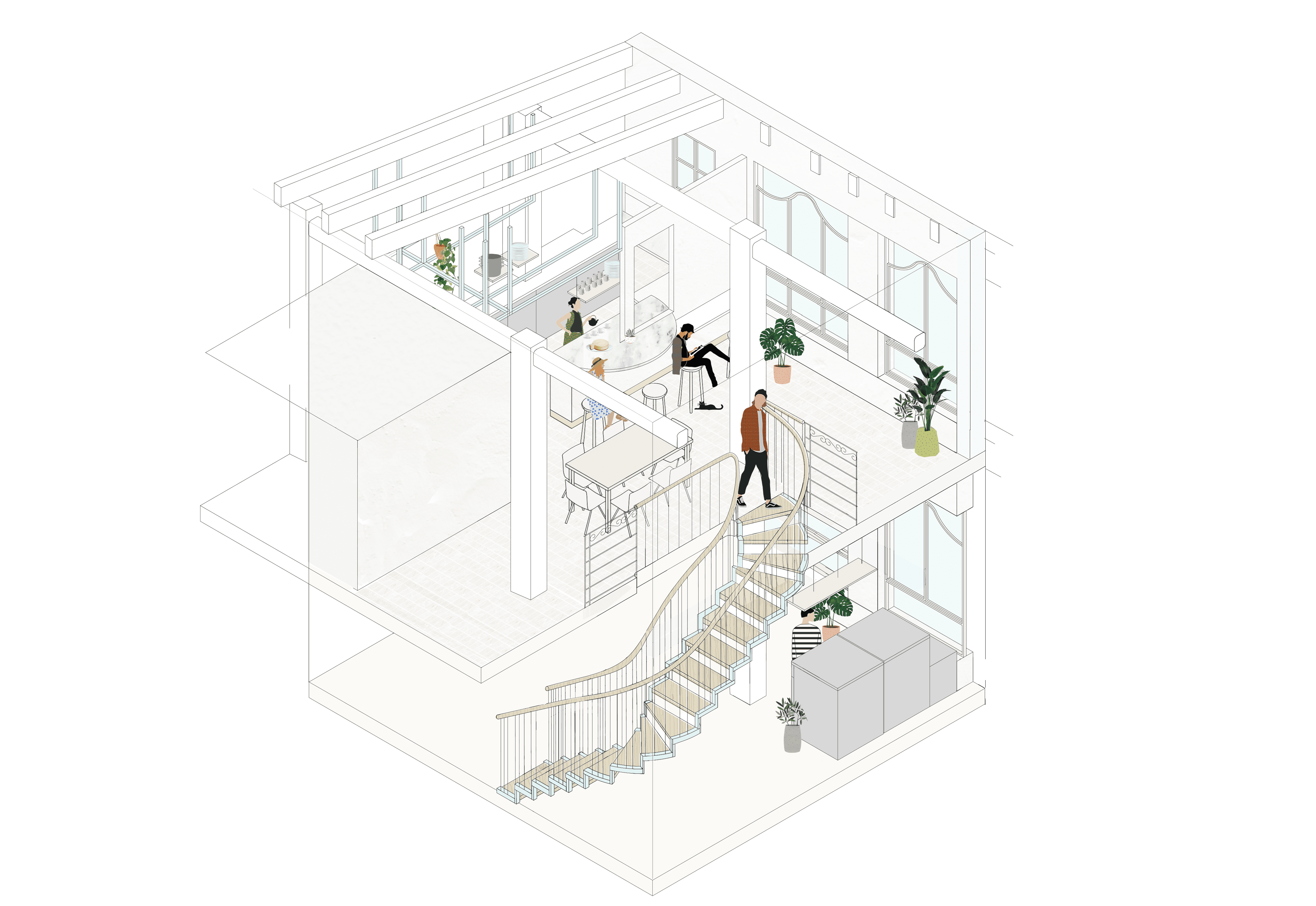 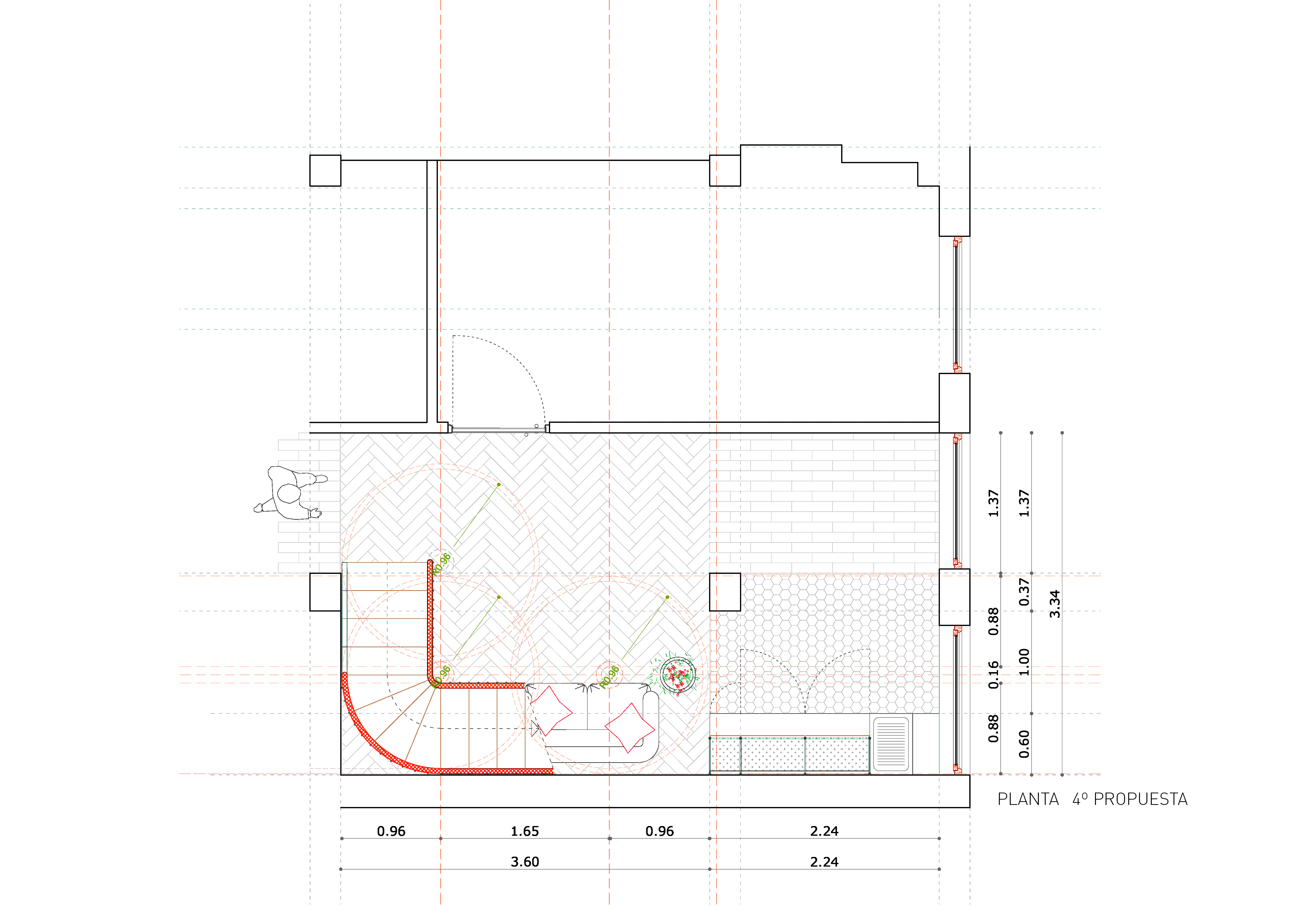 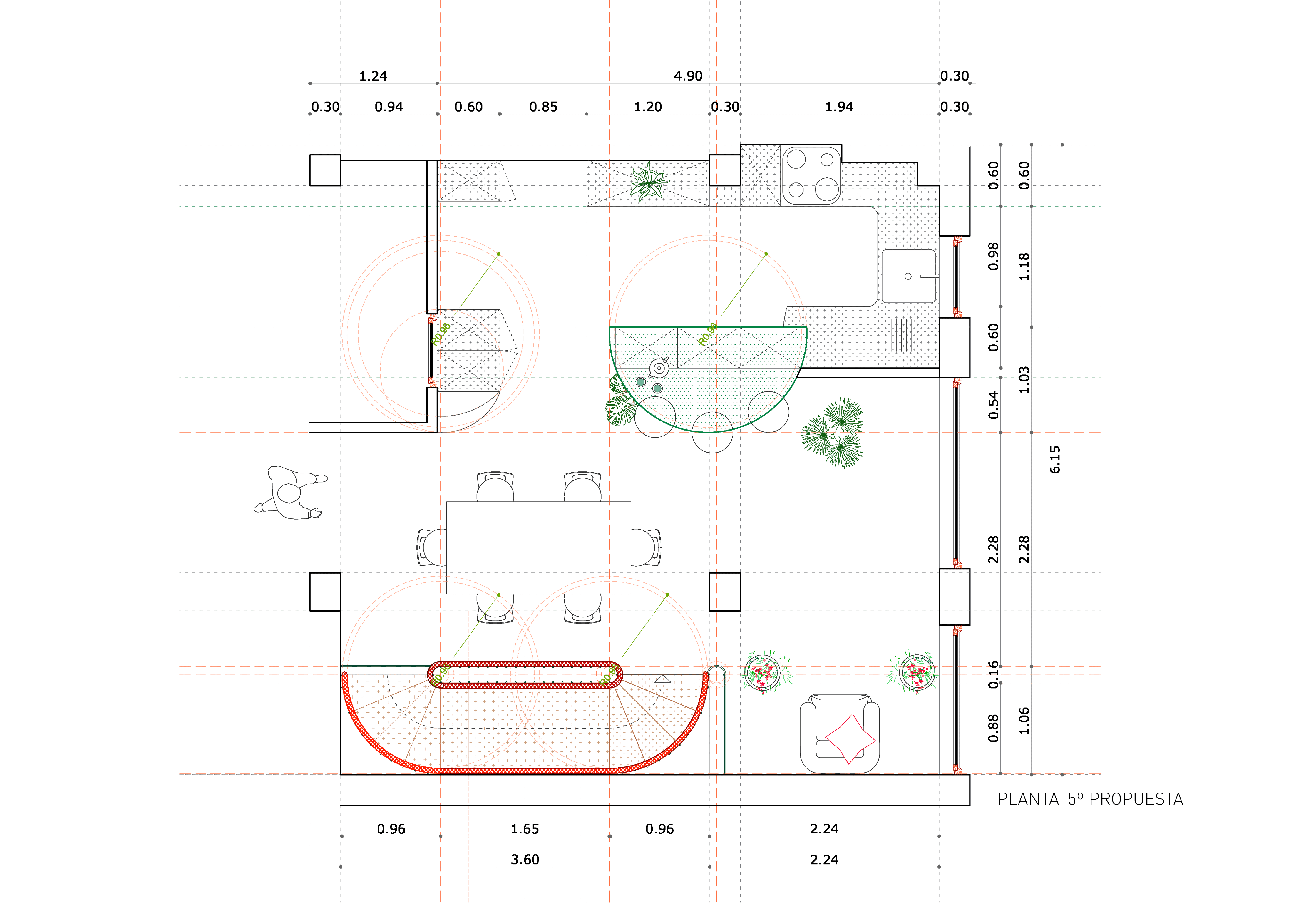 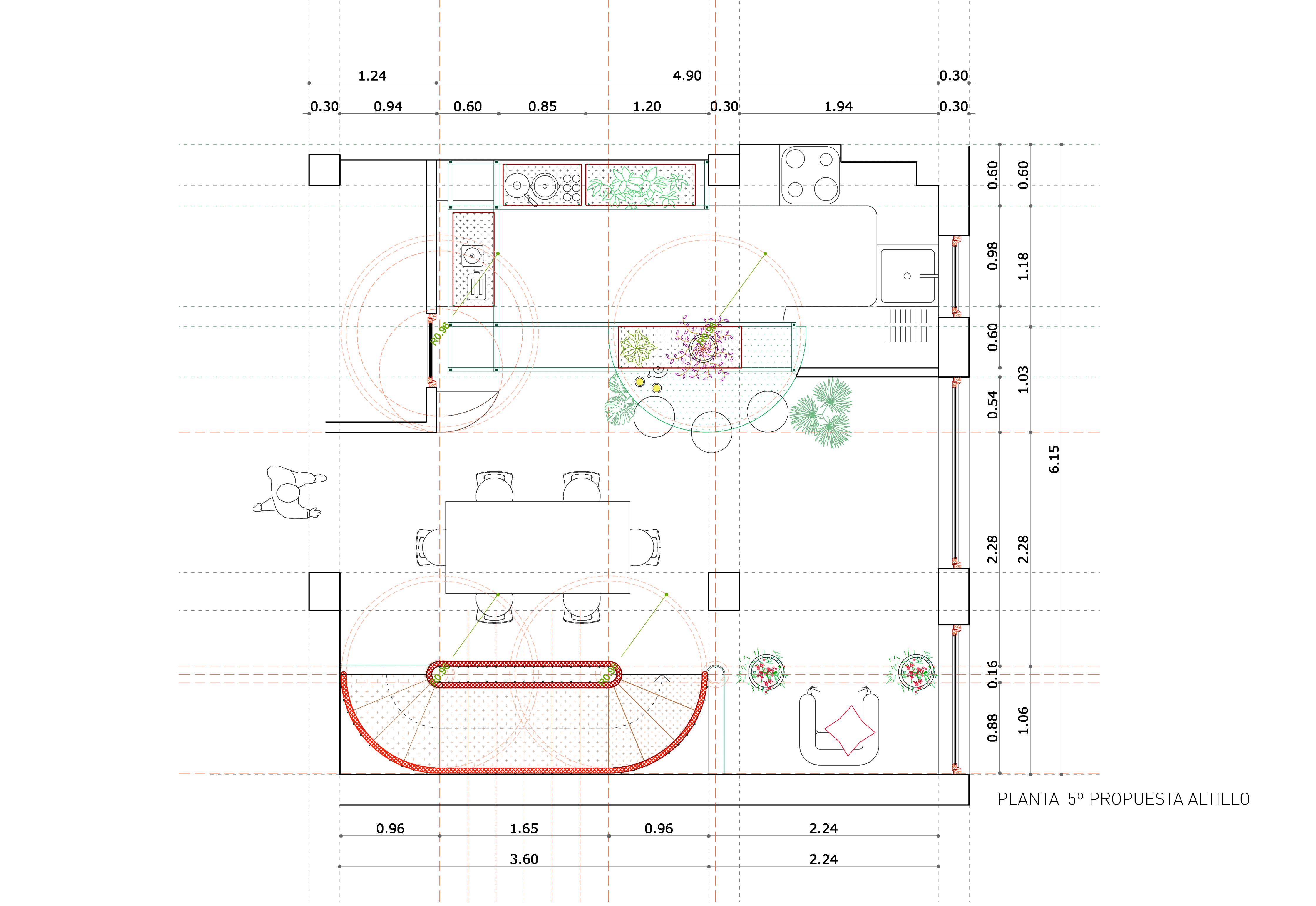 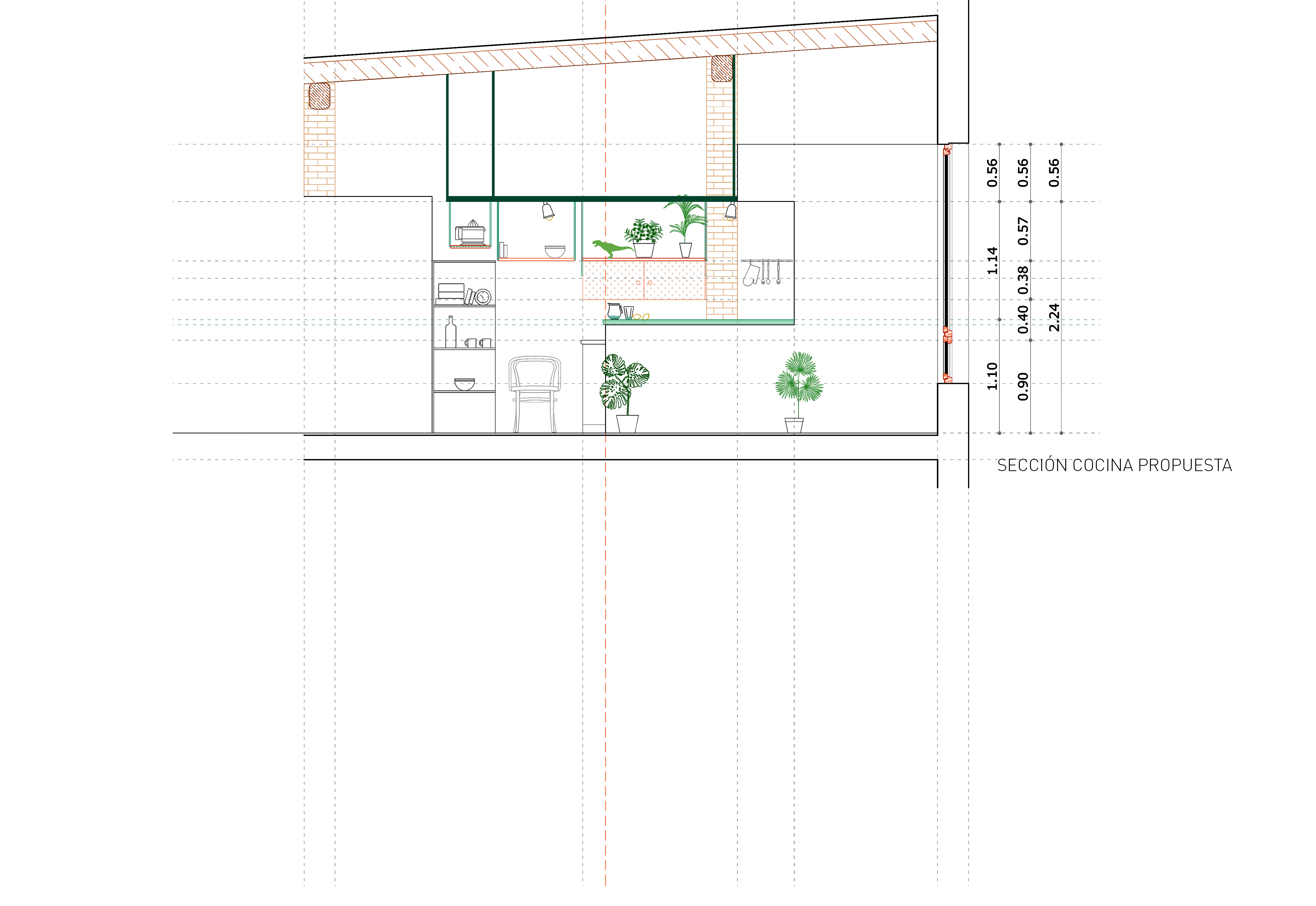 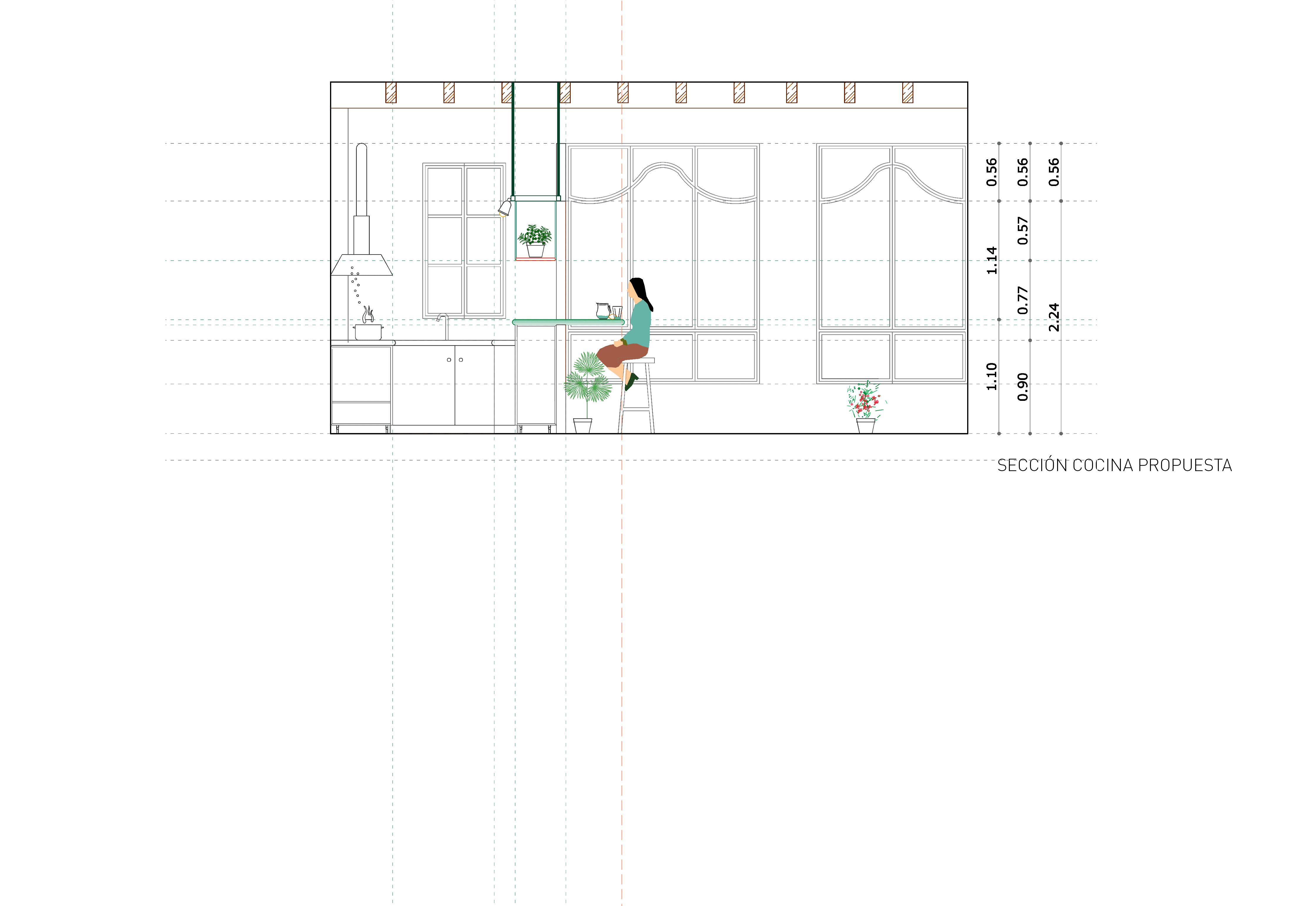 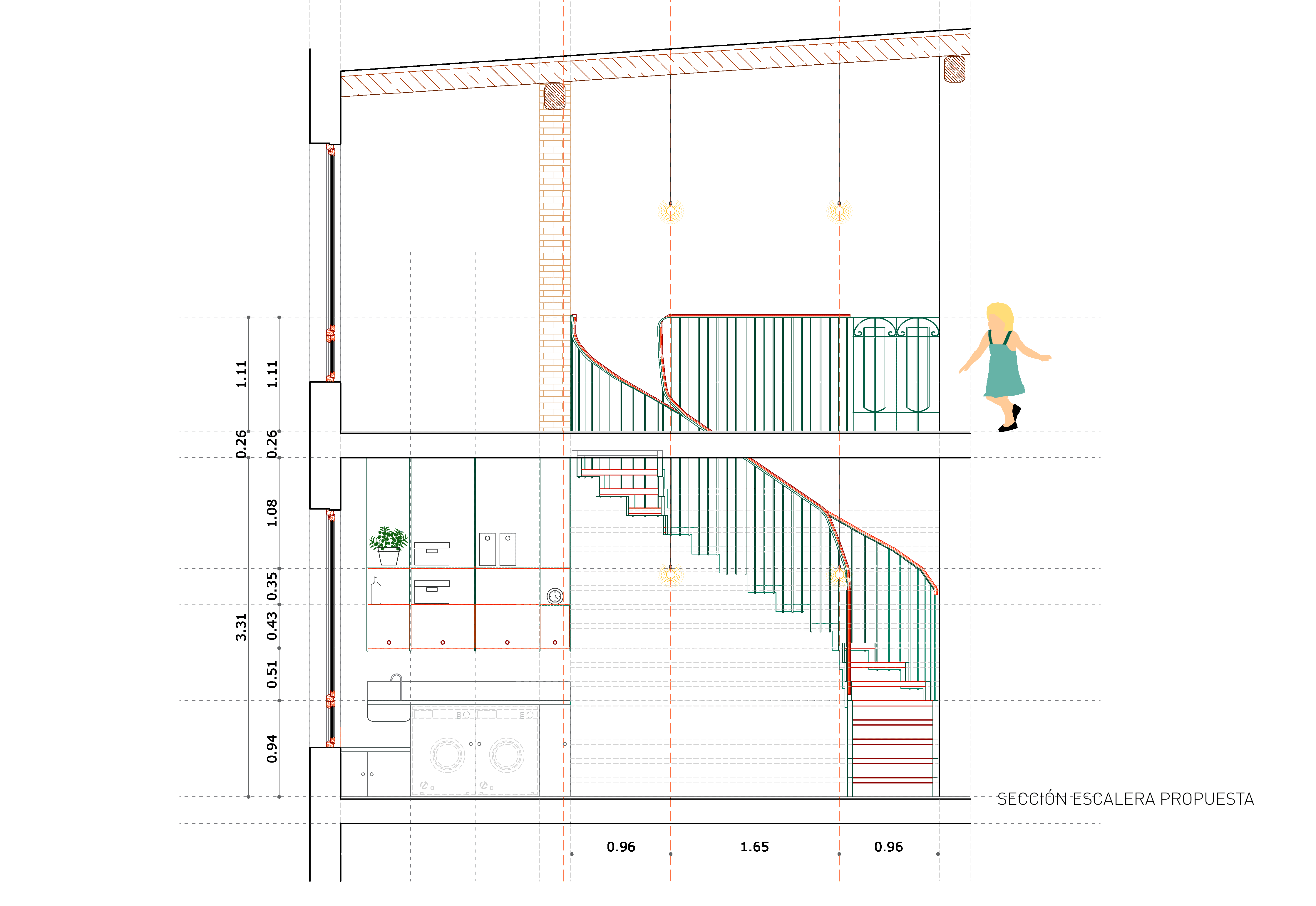 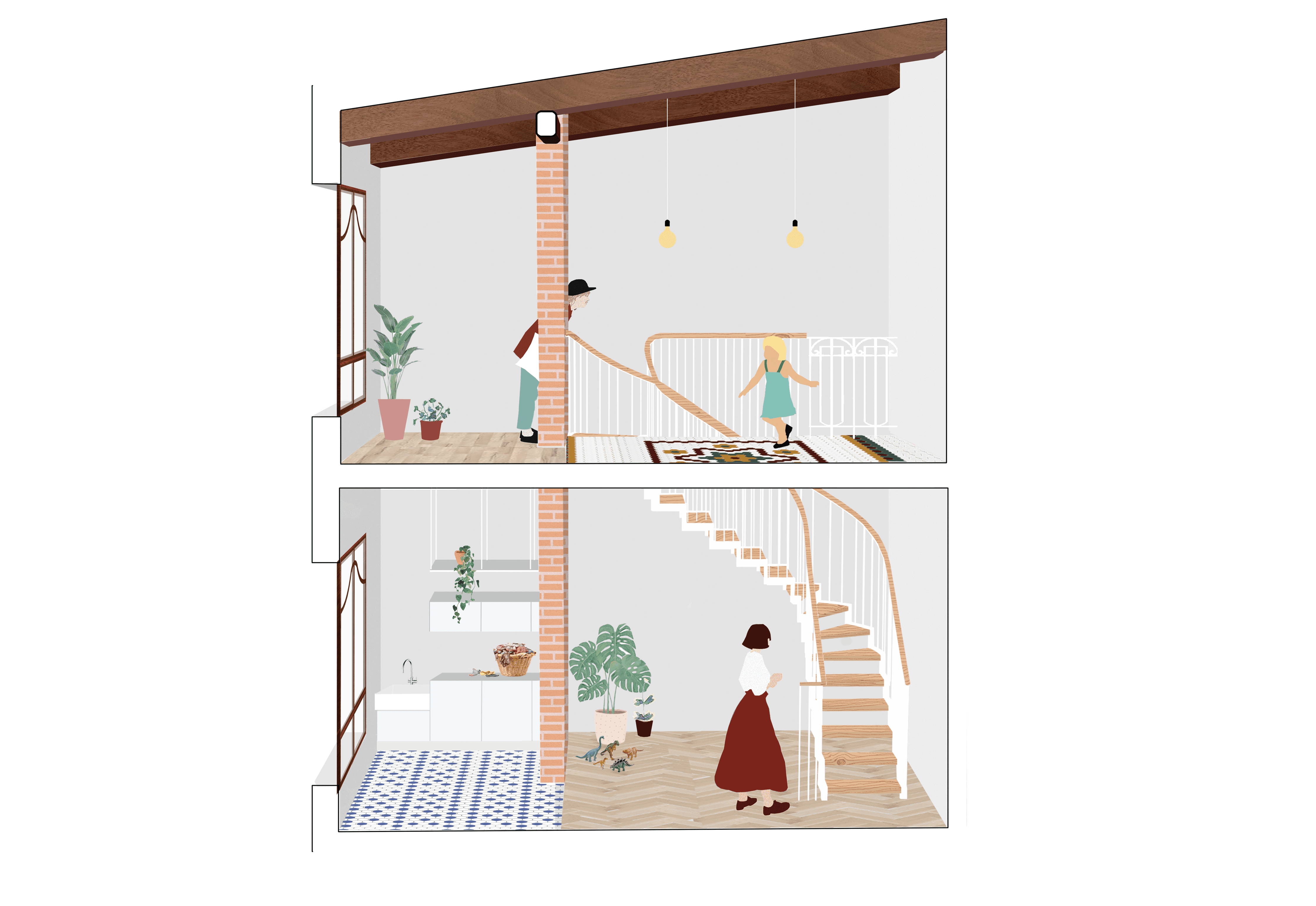 Which is the reason why, to become an architect, it would be necessary to study a career, where we are taught design studio, urbanism, composition, aesthetics, history, physics, mathematics, drawing, descriptive geometry, construction, structures or graphic expression? At first, it seems that the architect builds and materializes, in a more or less immediate way, a required program that works.

And more over, why is an architect needed to build a simple staircase? It might seem that, to do this, it could be enough to have some notion of construction, that would make palpable something as simple as a step on another step.

The clients for this project specified what kind of space they wanted to use to link together two apartments dated 1935, separated up to the present moment, that they wanted to re-inhabit. Fernando didn’t want a narrow staircase. He wanted a staircase which was almost as comfortable as the one they had in their previous home at Detroit. On the other hand, Eva, from the first moment, was clear about the fact that a spiral staircase was not the appropriate solution for this space. Both agreed that they wanted a light staircase.

The seemingly insignificant gesture that involves opening a hole in a slab and place a staircase in it, though this was the basic premise of our clients, became a project that needed to think and define the spaces around the staircase. This joint operation was going to allow to change and improve the daily activities of the house, and it would give answers to multiple goals that went beyond the fact of joining two spaces. The staircase was going to be the support of the micro habits of the family.

A kitchen, that previously had little more than three square meters, would be substantially expanded and merged with the dining room. At the same time, the dining room would connect to the staircase, and also the staircase would connect with a shared space between the playroom and a new laundry room. All spaces, very fragmented before, were going to become one only space. The staircase, the interspace or the crack between the two floors, would not act a mere spectator. By accommodating life, it would be the facilitator of dynamism between them. The journey would be ended by the warmth of the wood and the lightness of the rounds and plates, which went along with the smoothness of the curve in the ascent and descent of the staircase.

We understood that this was a project of simple gestures, details, little things well arranged and well executed by the various professionals. A bricklayer to carry out the dirty, but so significant and necessary part, which is to open the slab, and the contribution of air and light. A blacksmith to make real the sinuosity and the metaphorical idea of dynamism and lightness. And in a latest phase, the work that evoked the past times of the forging, even recovering parts from former demolitions to build the ledges; the work of the carpenter who provided the warmth of the oak wood and the precise work of the stonemason.