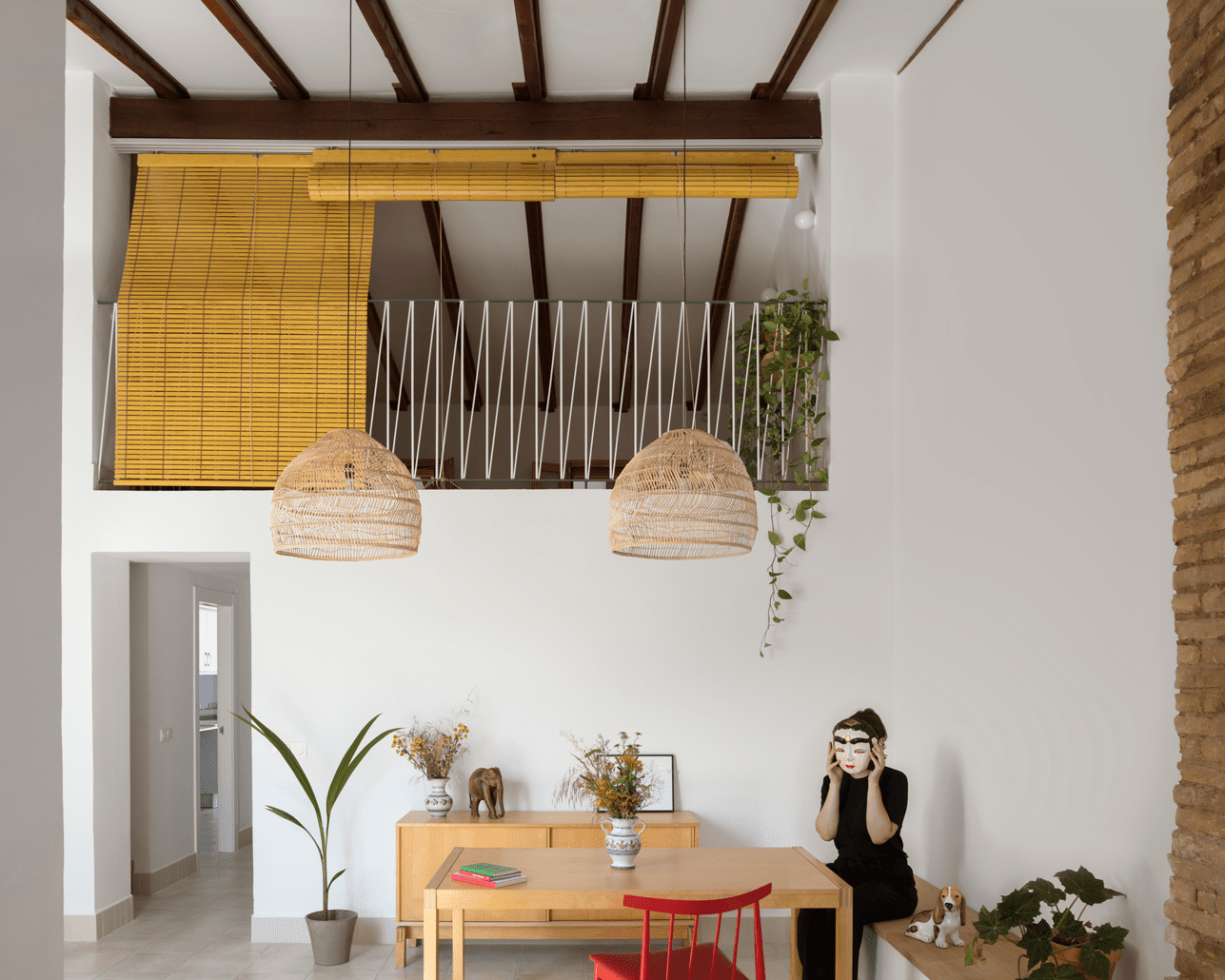 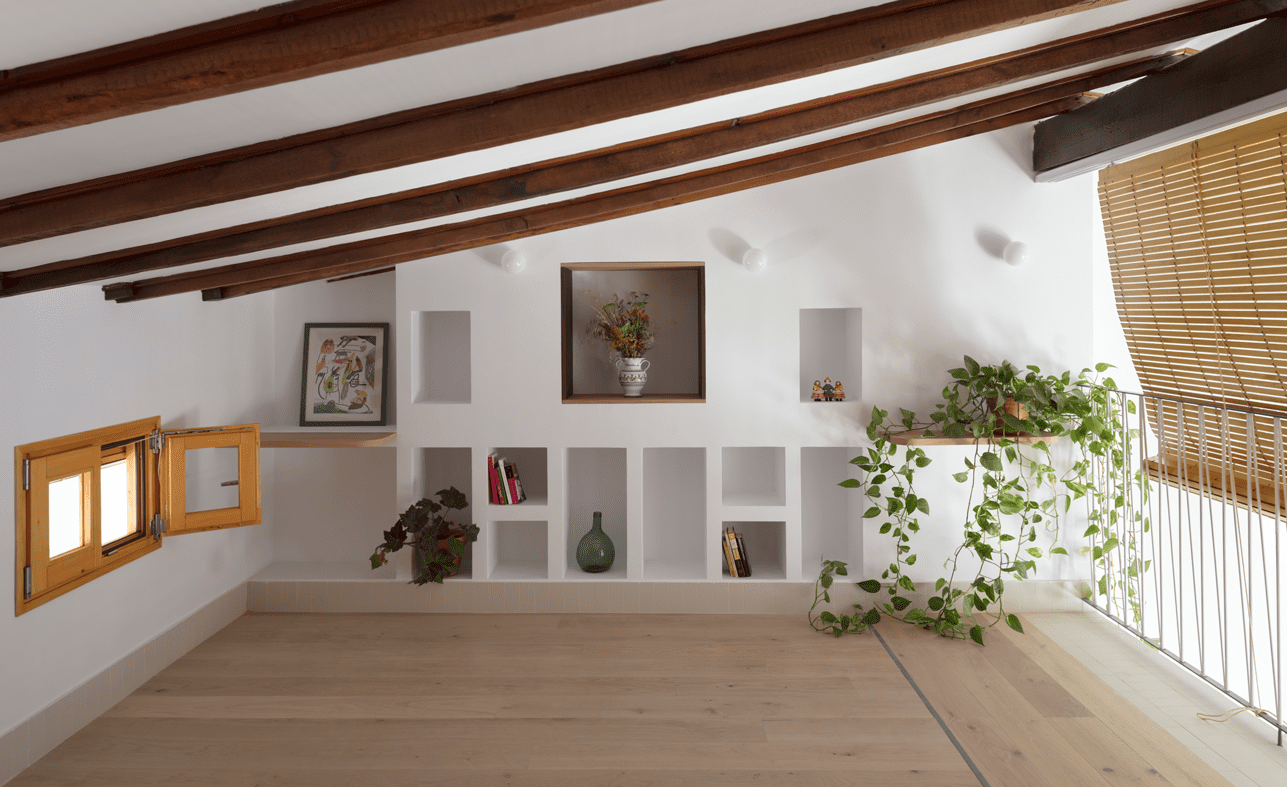 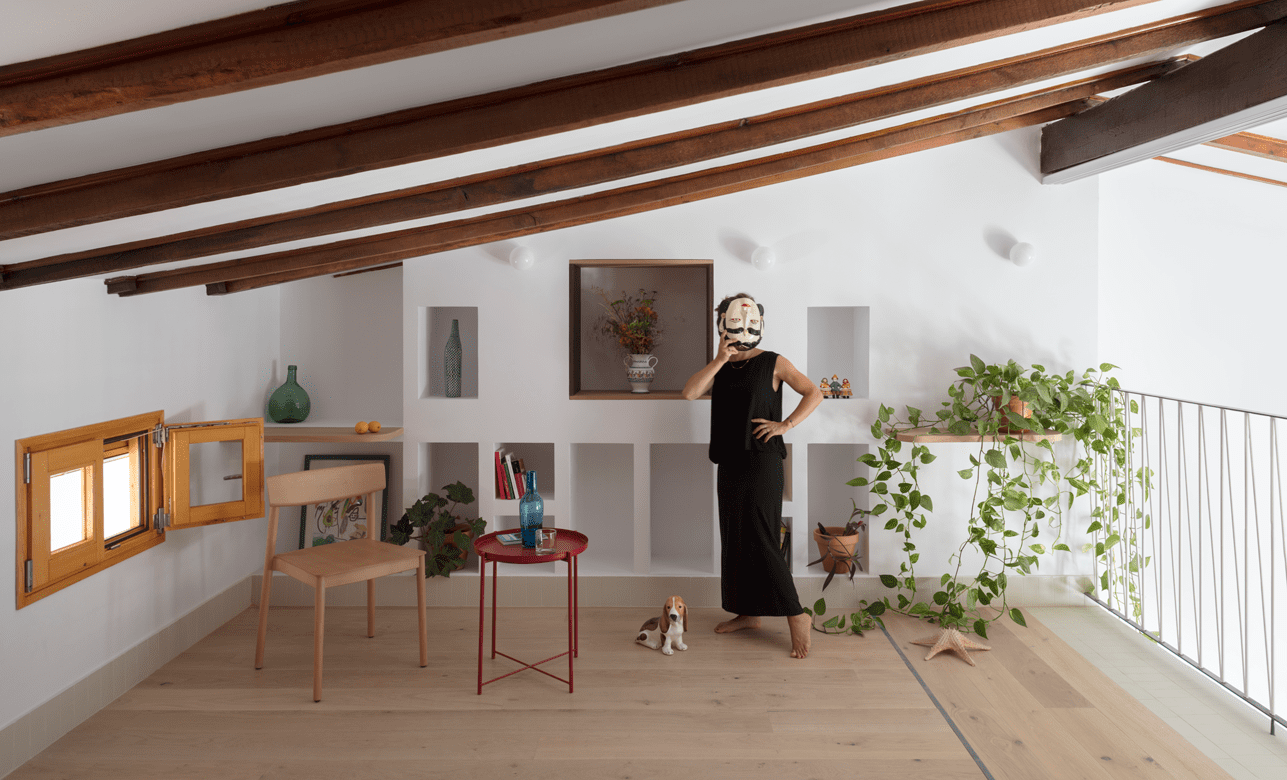 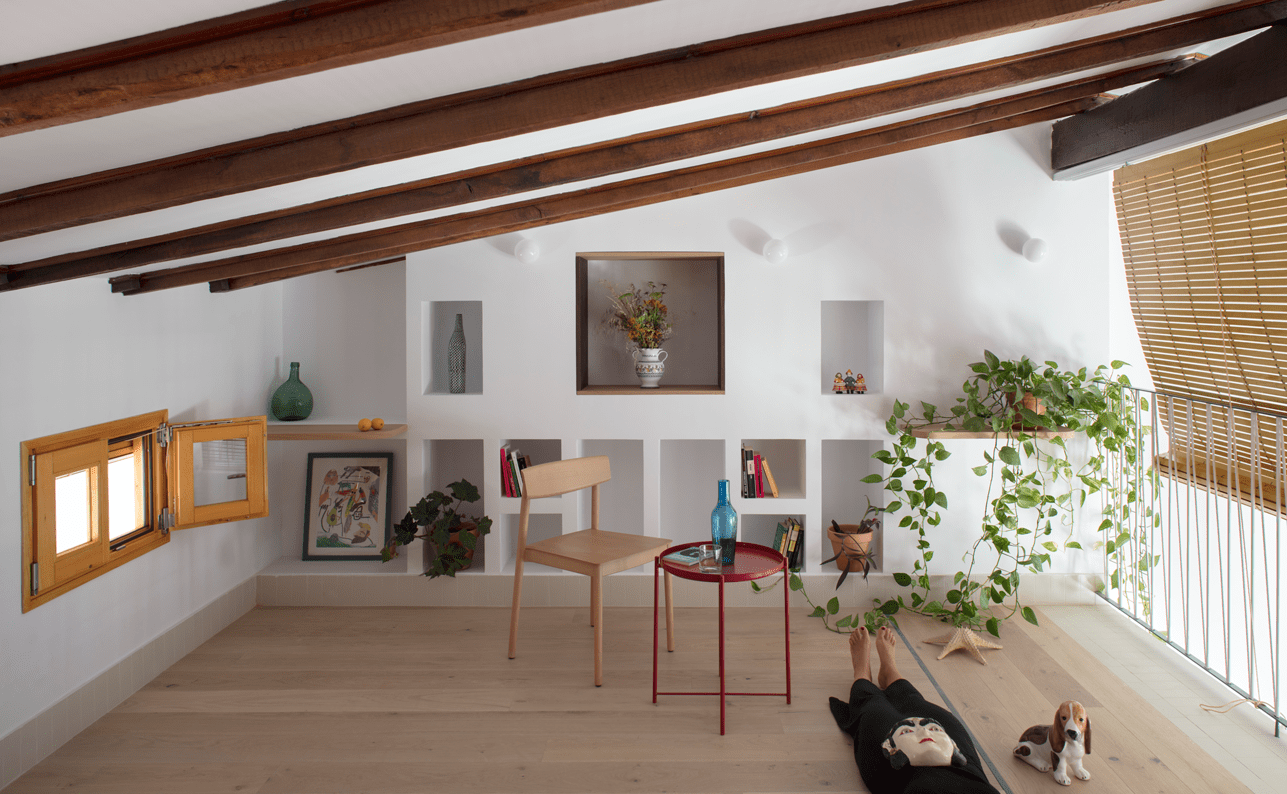 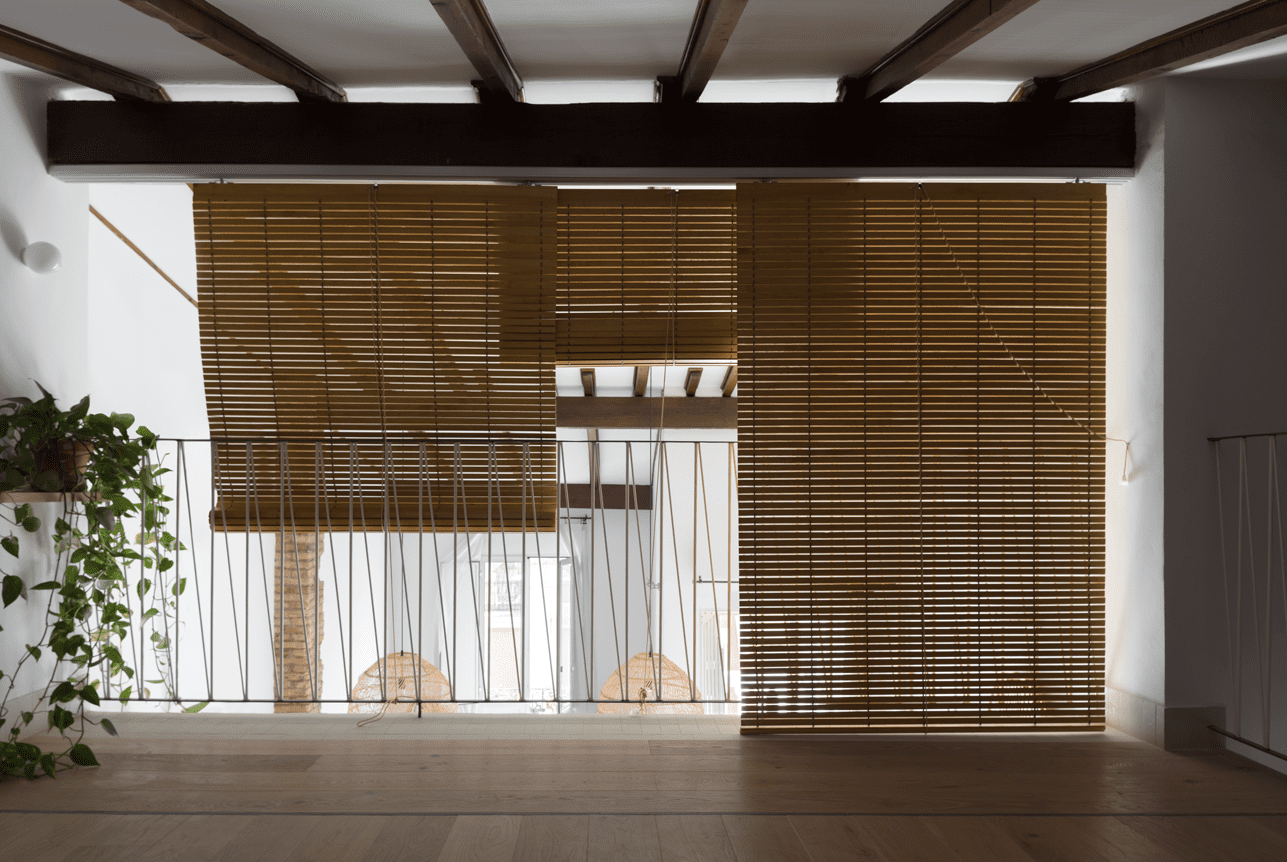 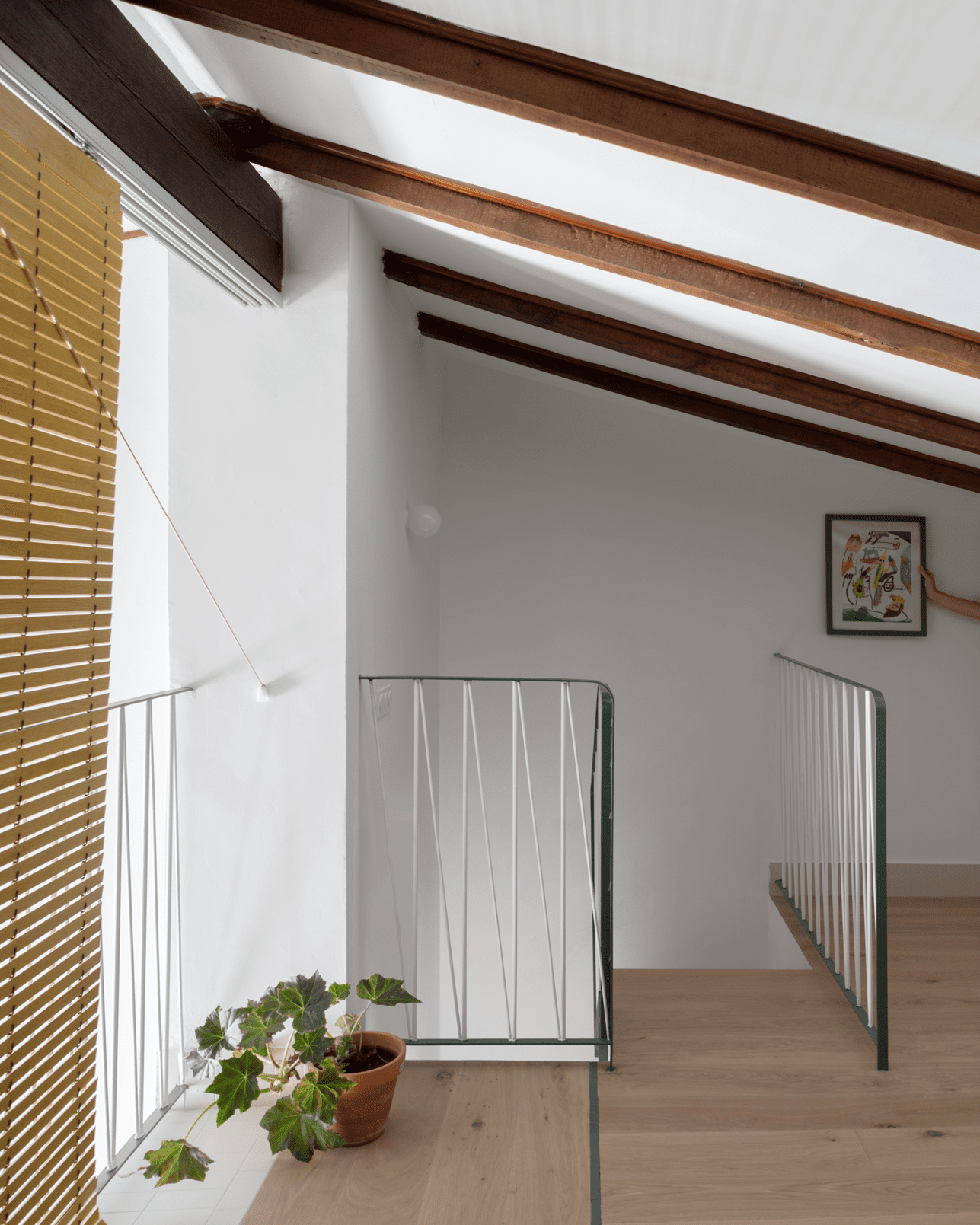 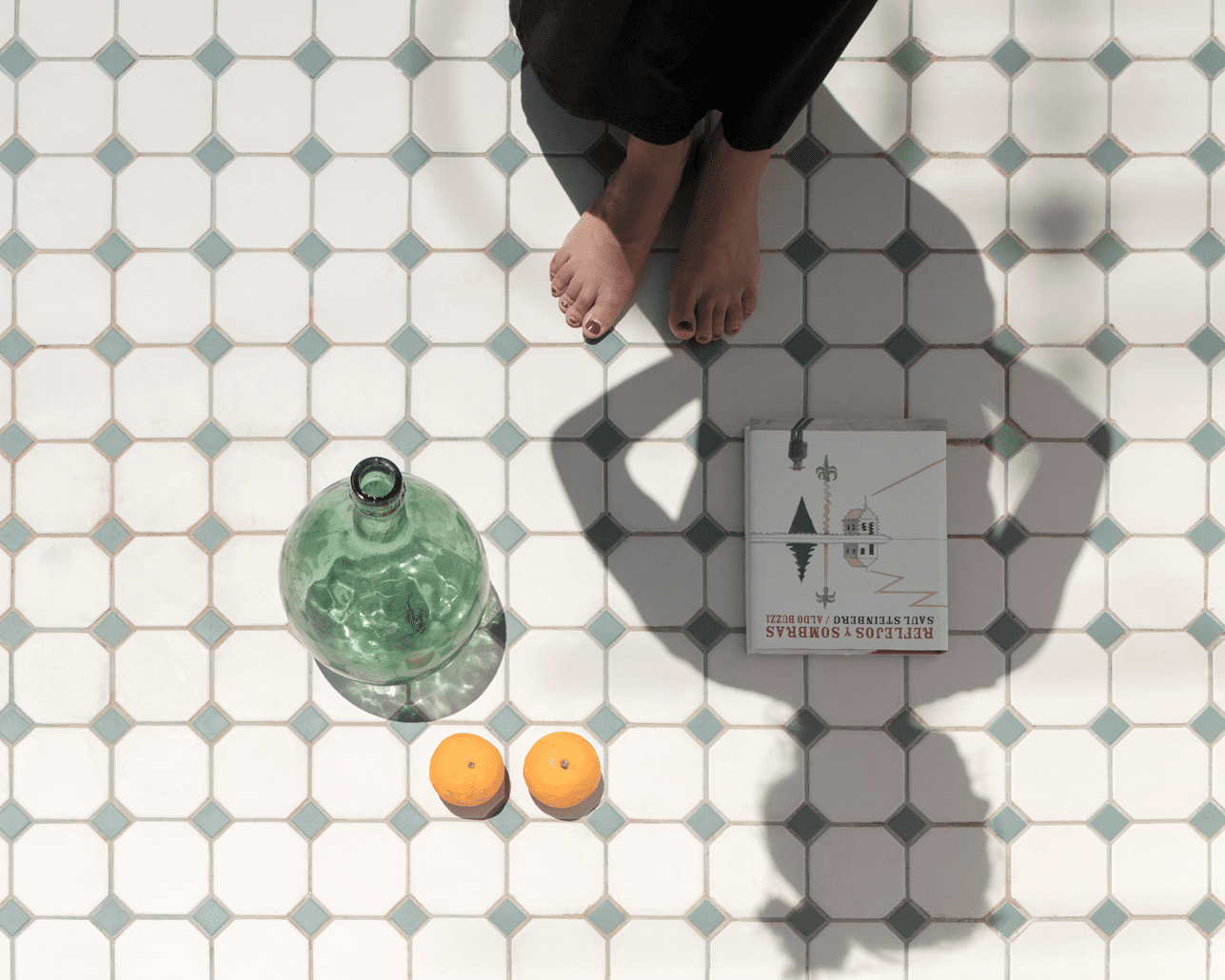 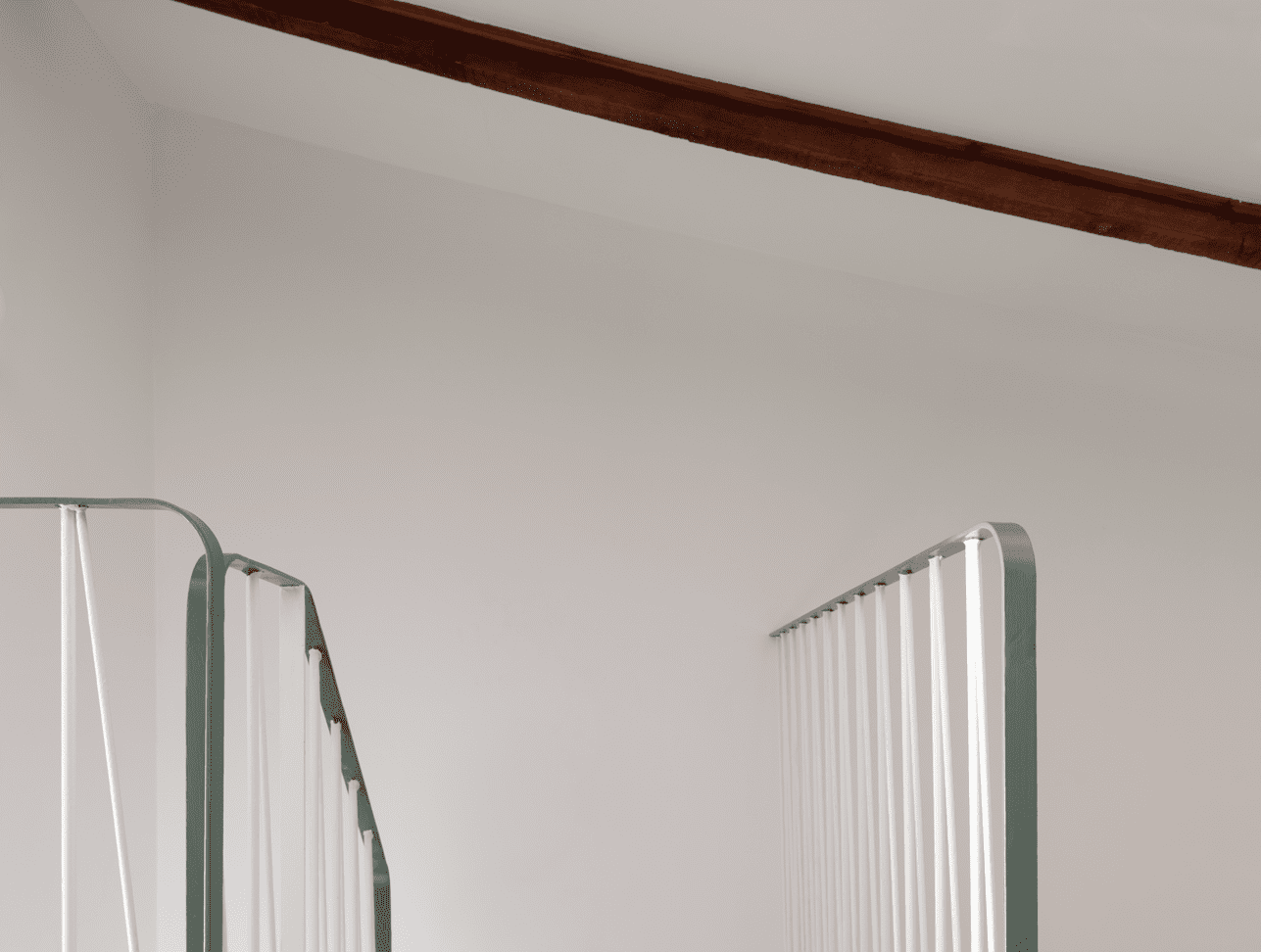 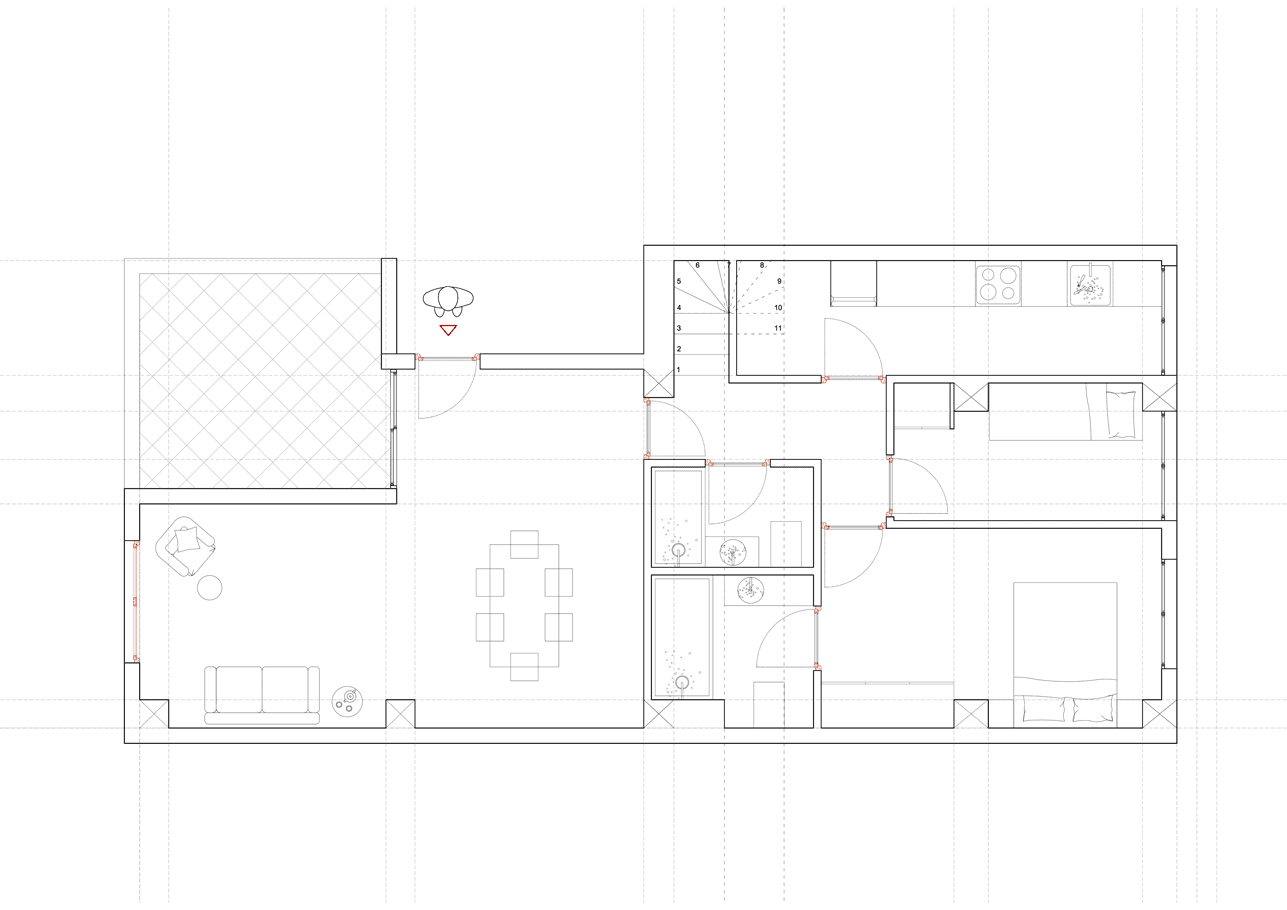 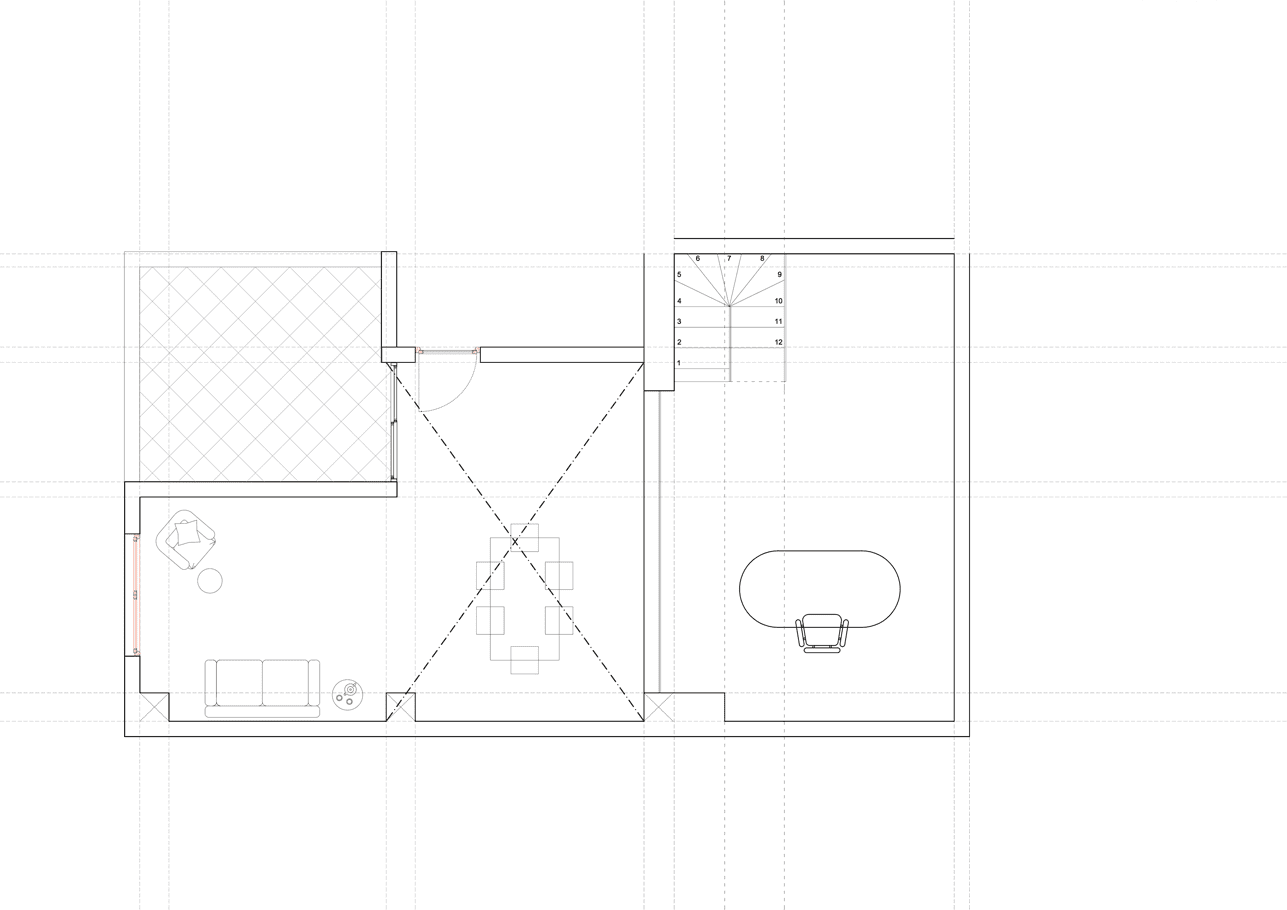 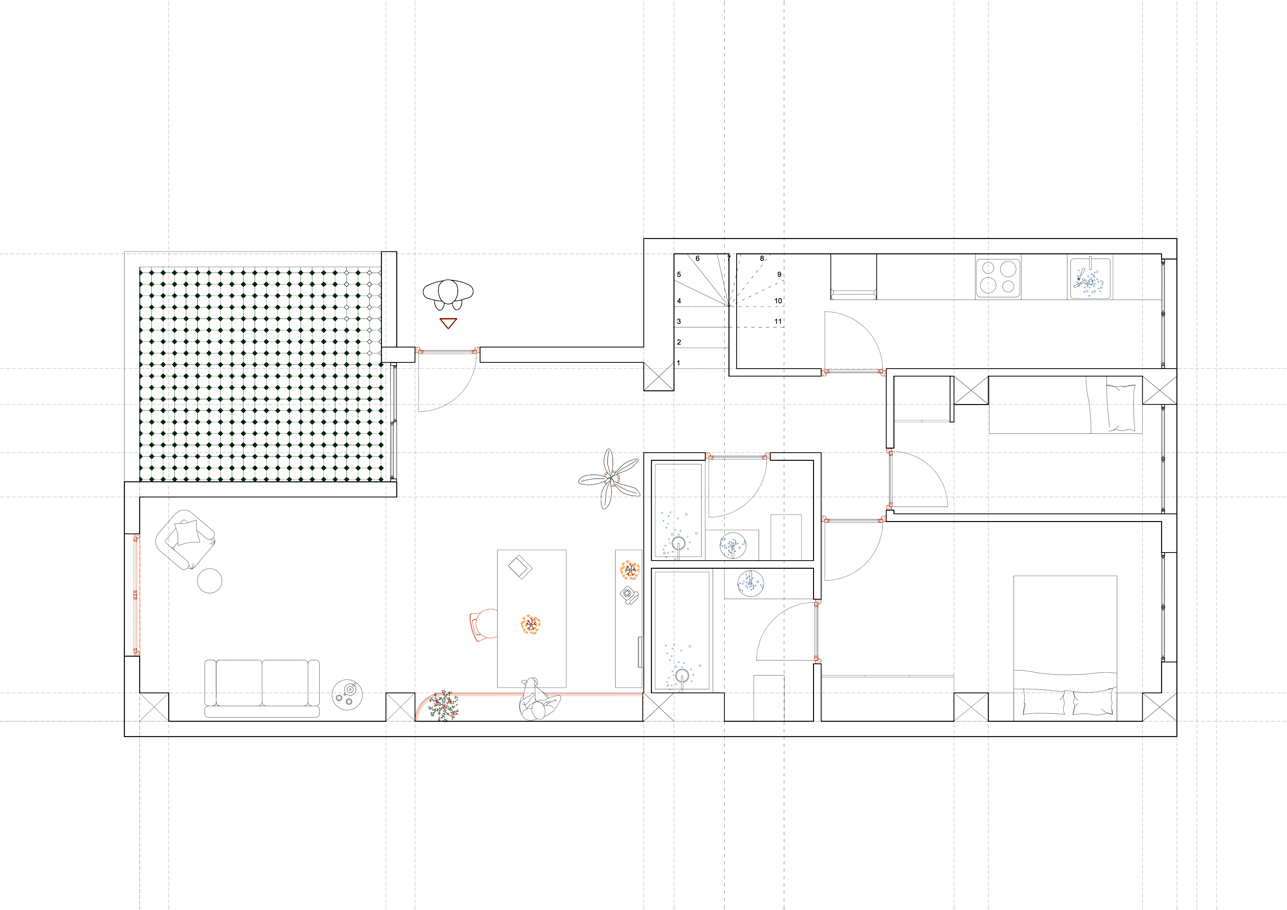 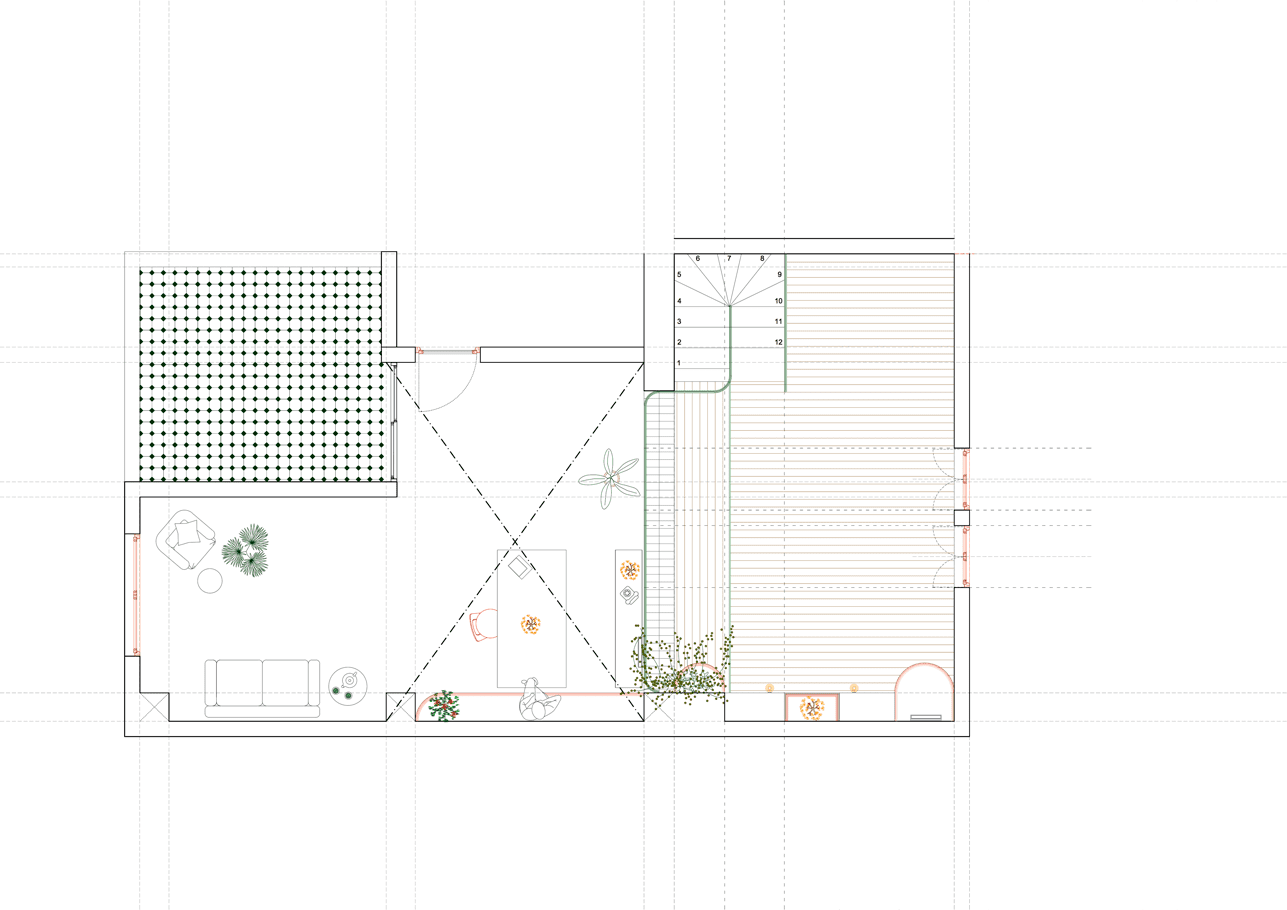 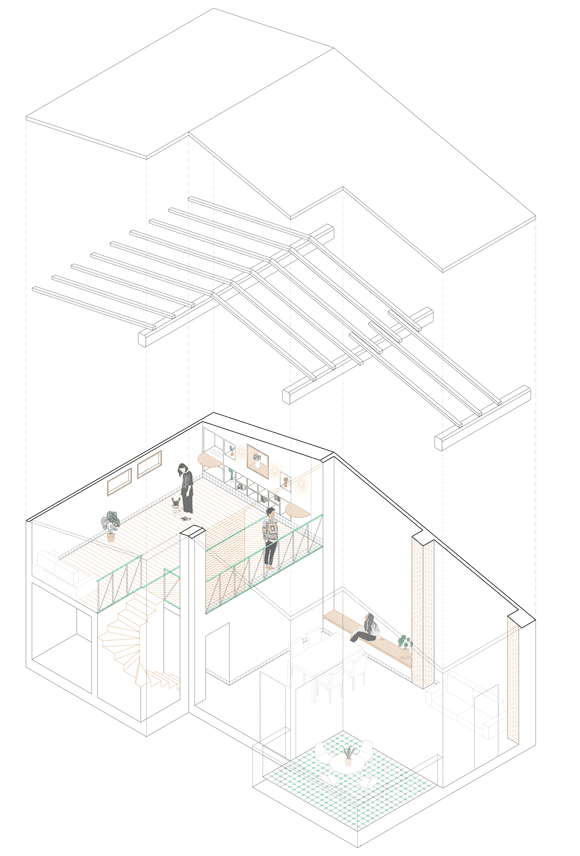 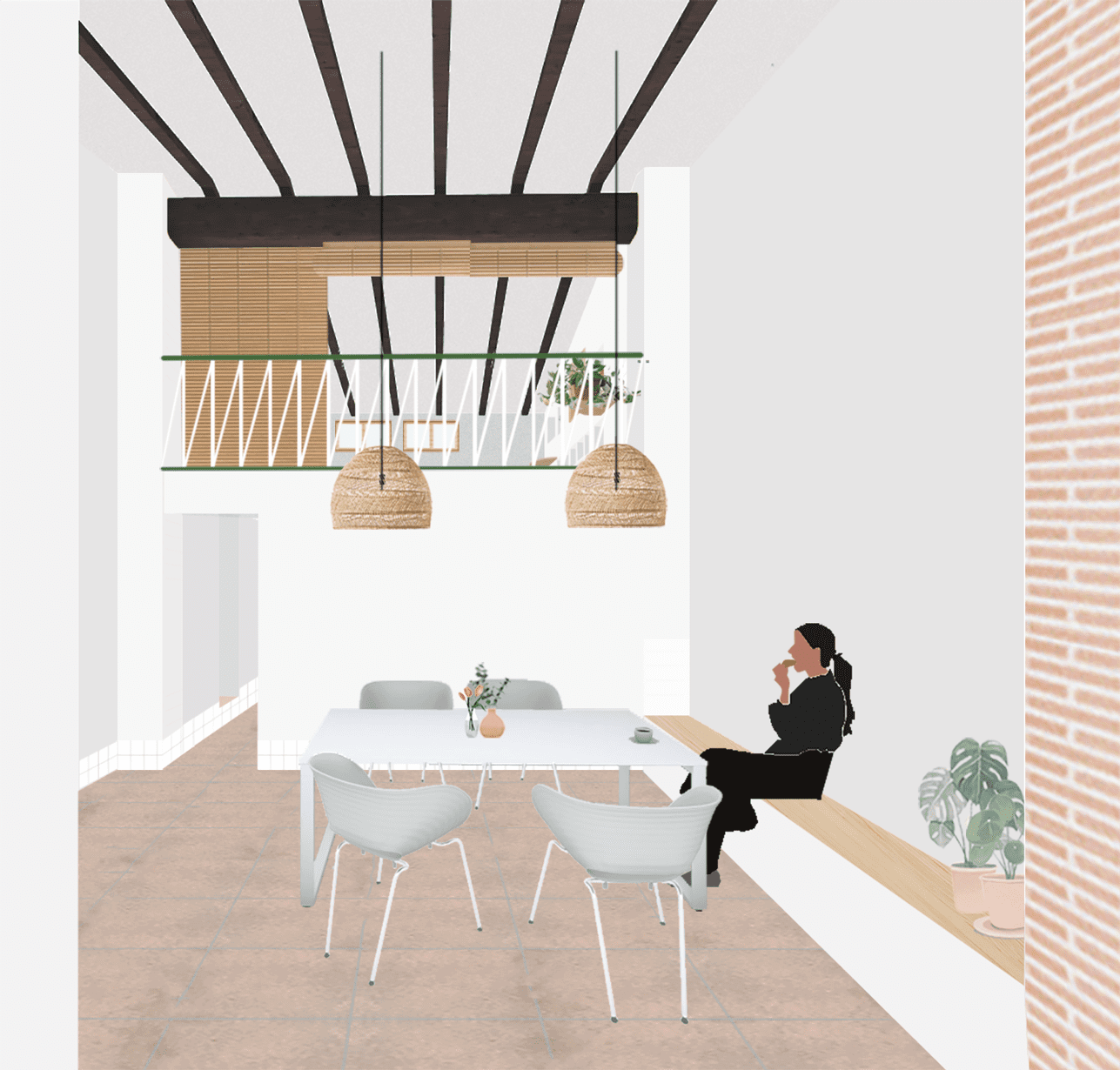 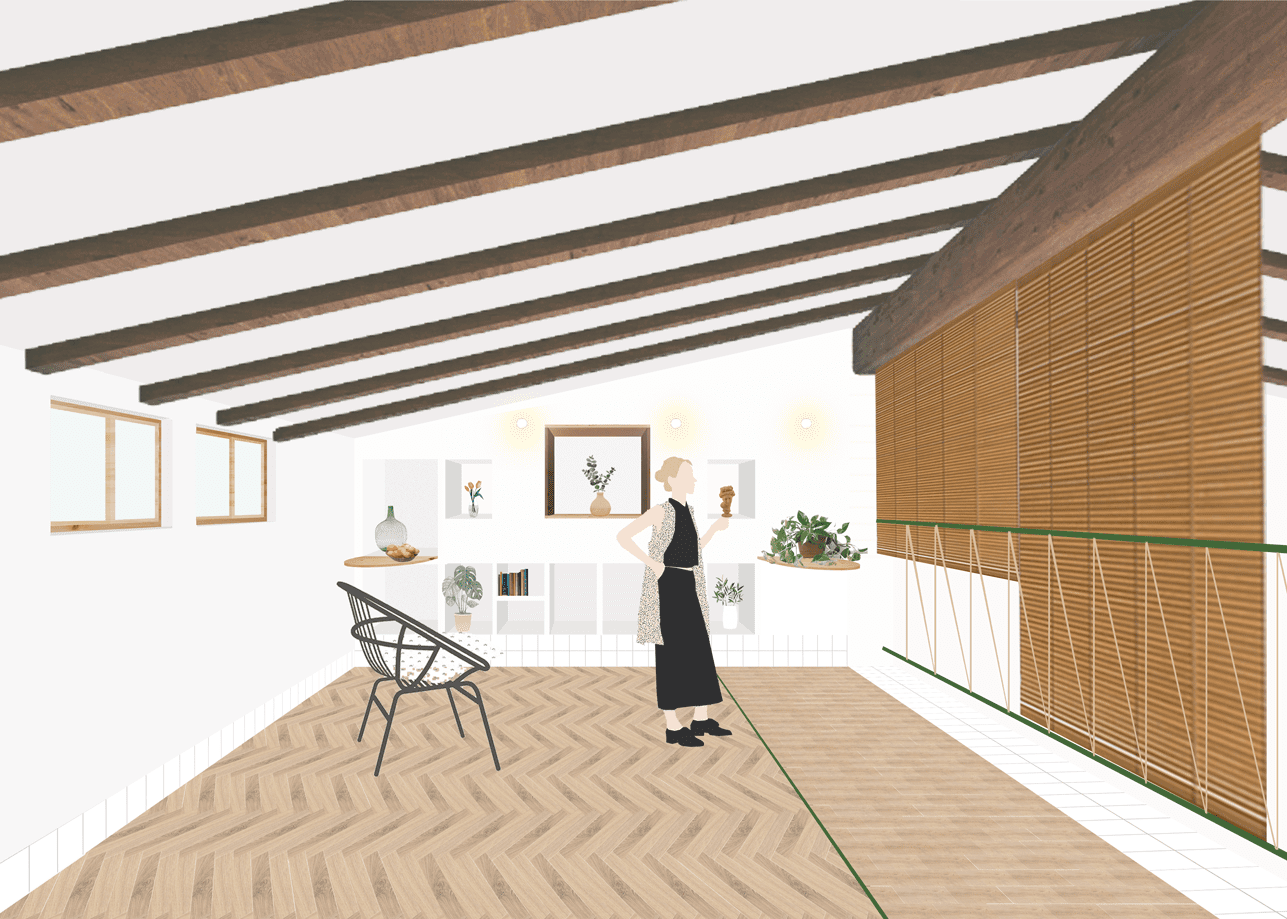 With this project, the renovation and transformation of a loft into a home, we would like to talk again about the importance, value and influence of the material, color, texture, size or reflection within our homes. Though these aspects may seem apparently banal, they end up being part of our daily life. They are also responsible for our sensations and emotions, for our well-being in the space we inhabit.

In a process of continuous reflection, acting the eyes, the touch or the smell as the selective protagonists, we have been able to order and prioritise sensations, and we have found the geometric and material affinities required by the client in their home.

This way of designing, paying attention to the detail, is nothing new. However, perhaps due to the scale of the project, we managed to strengthen a phase, which is often neglected by the dilation of processes, but which takes the utmost importance in a small scale project.

We are proudly committed with the existing, doing a previous exhaustive work as observers, in order to identify which layers we need to remove, and which ones we want to introduce in order to connect both warmly. Through a series of simple gestures, we wanted to emphasize the timeless balance together with a sense of belonging to the place.

“Alicantina” roller blinds allow to divide the upper space with the rest of the house, while still allowing to control and sieve the light and privacy that the user of the loft may require with regards to the common areas of the house.

The loft, a useless space, becomes now a multipurpose space. By approaching the space from its objects and rituals, we suggested placing a shelf in one of the walls, so that the loft could work as an office, as a bedroom or any other use that the household resident chose for this space.

The two natural wood flooring dispositions try to reinforce, with geometrical gestures, the idea of creating a multipurpose space in the loft, while merging with the lower part of the house. A green piece of ceramic, which arises in the handrail and connects to the staircase, defines that intermediate space between up and down and it is resolved with a beige ceramic piece.

When choosing the materials, we have considered all the different sensory aspects: thinness, light and color in the handrail with curved end and slim spindles; home feeling with the wooden bench in the living room, which, as well as storing things inside and welcoming, it becomes a meeting place; to integrate with the existing by introducing a bi-color wood which links simultaneously to the Mobila joist and to the light oak of the new pavement; warmth and lightness when replacing the common skirting by ceramic tiles of different colors and sizes, to lower the banal strength of the existing floor, smell of Mediterranean and delicacy with the ceramic carpet which decides the terrace; timelessness with a classic but contemporary illumination, which is visible without highlighting its presence.

With all that, this project tries to carry out small and delicate works to increase flexibility in a loft which had been previously underused.