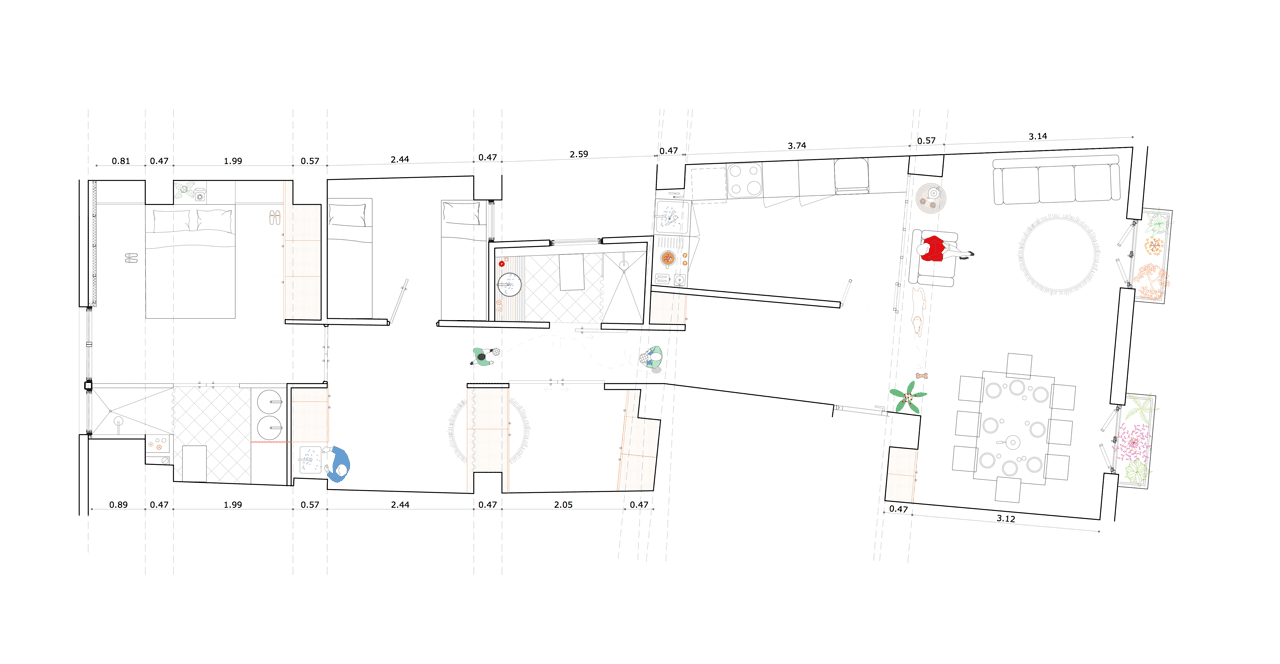 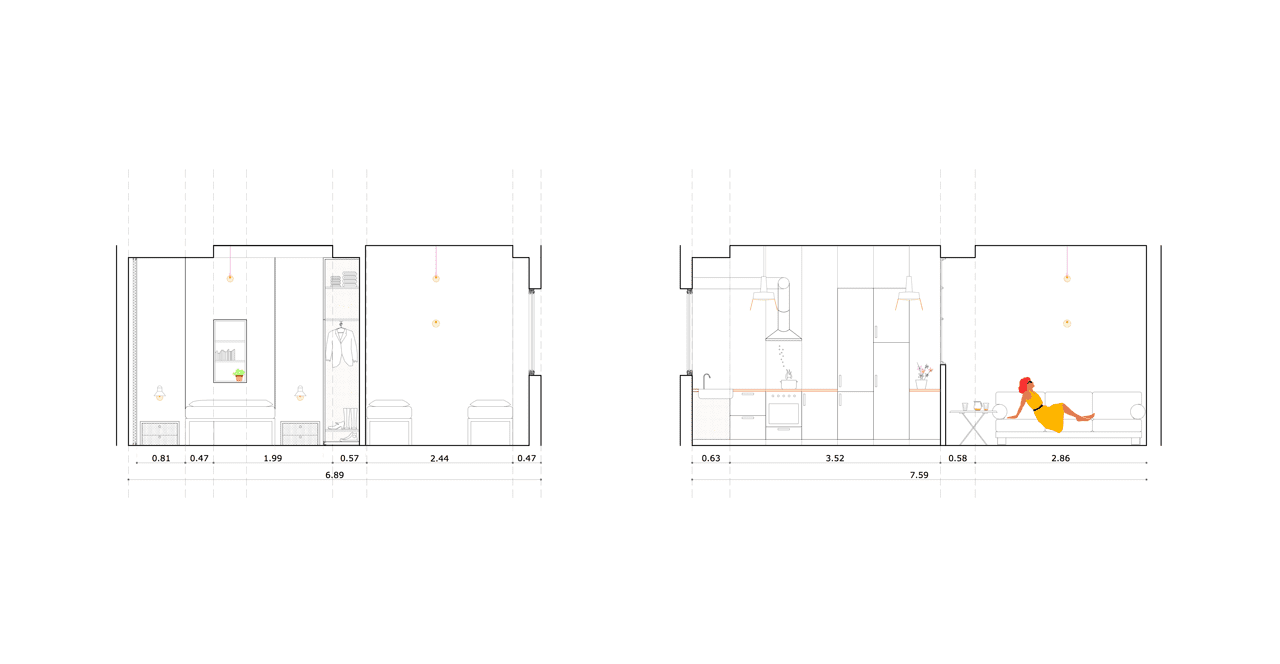 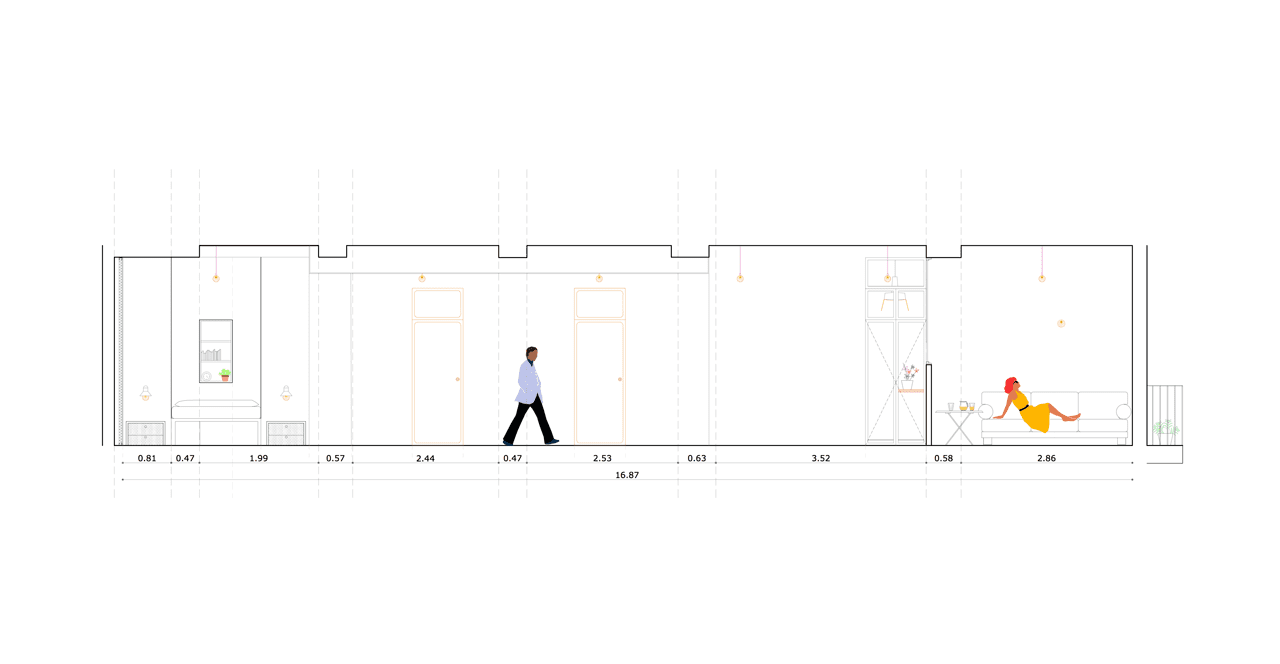 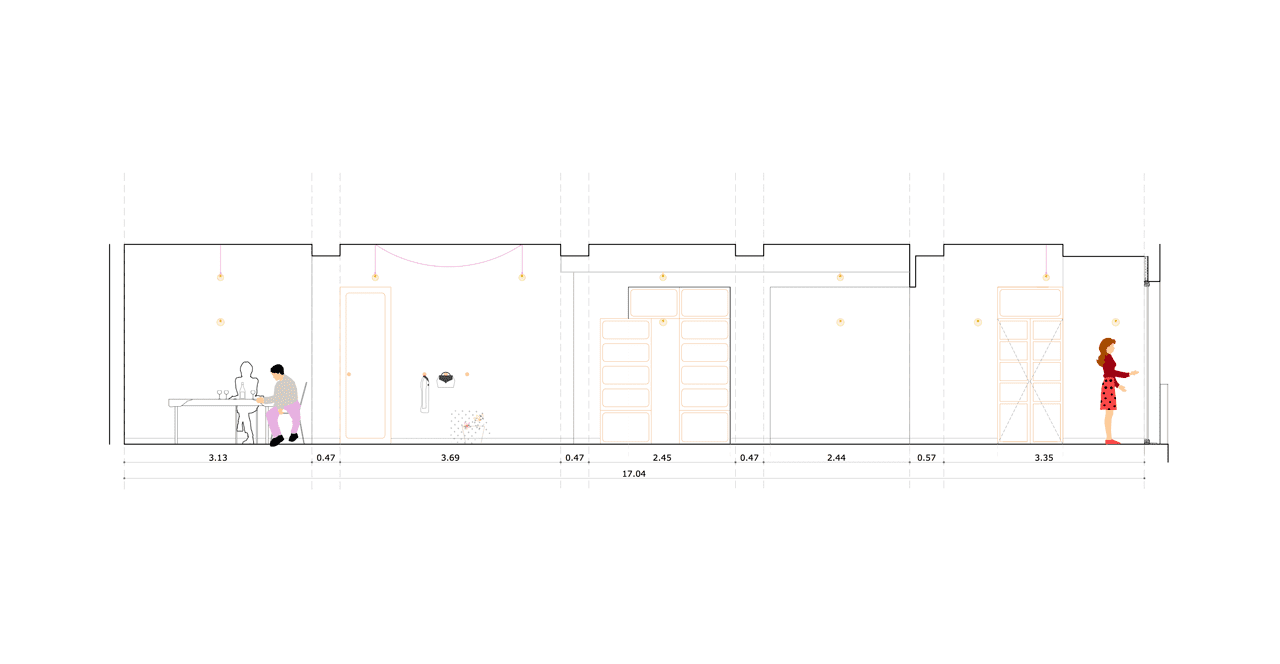 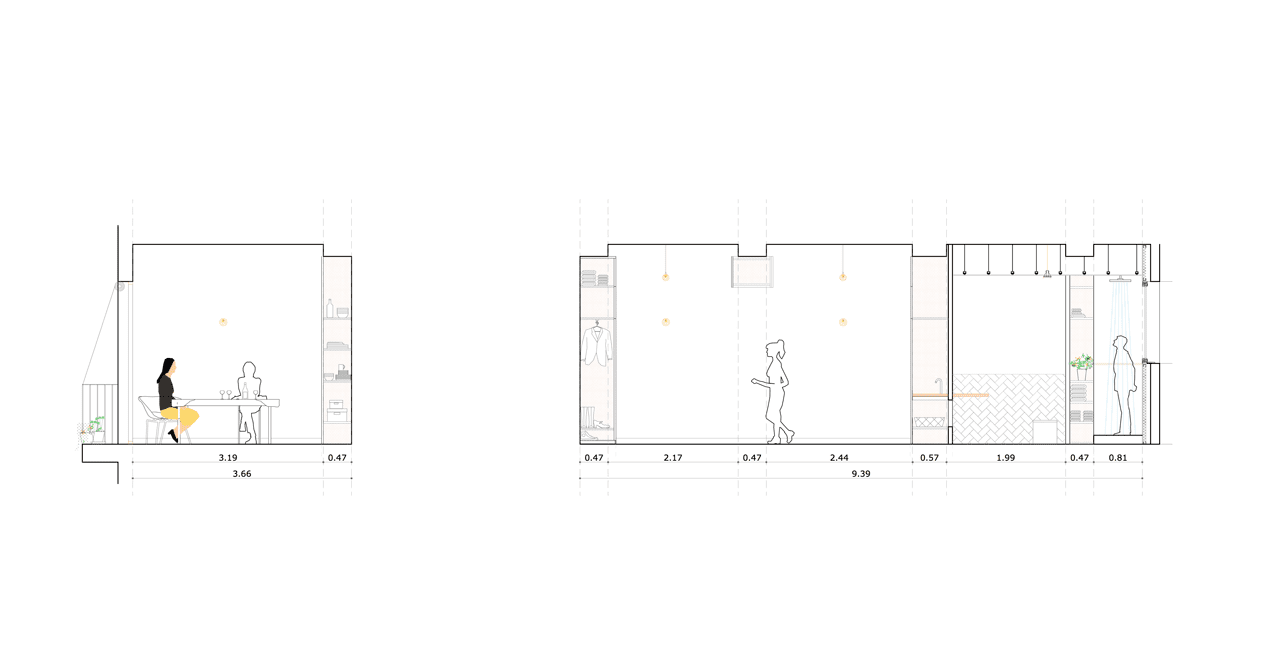 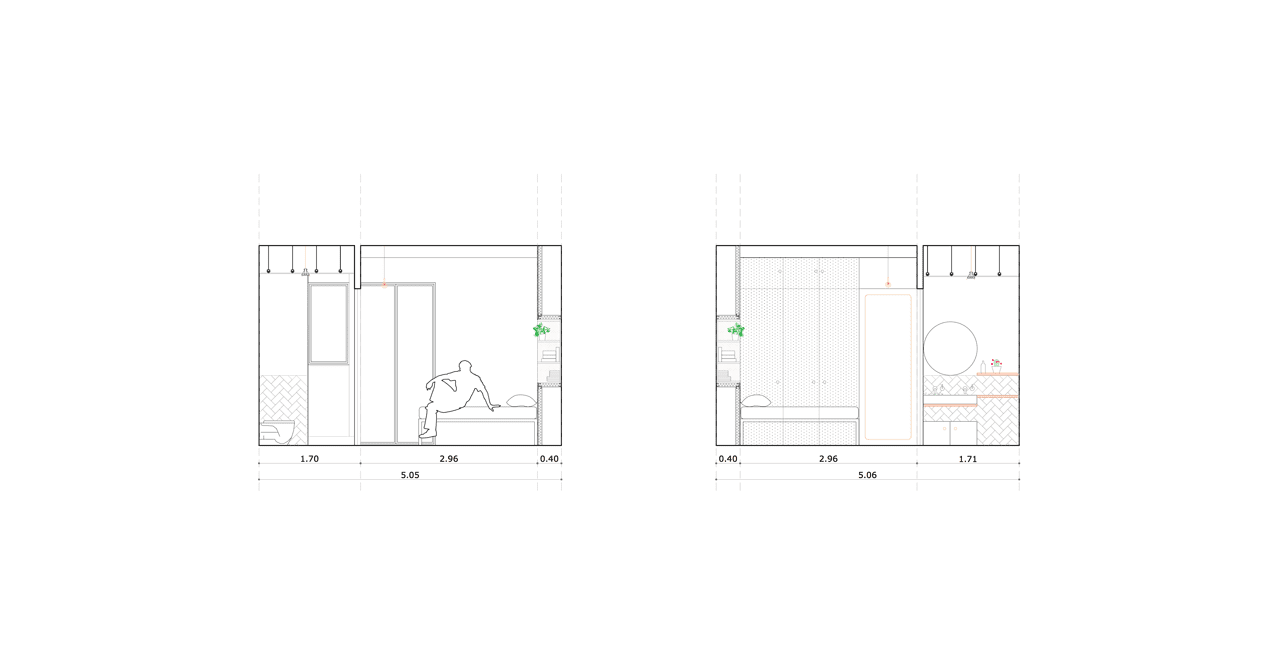 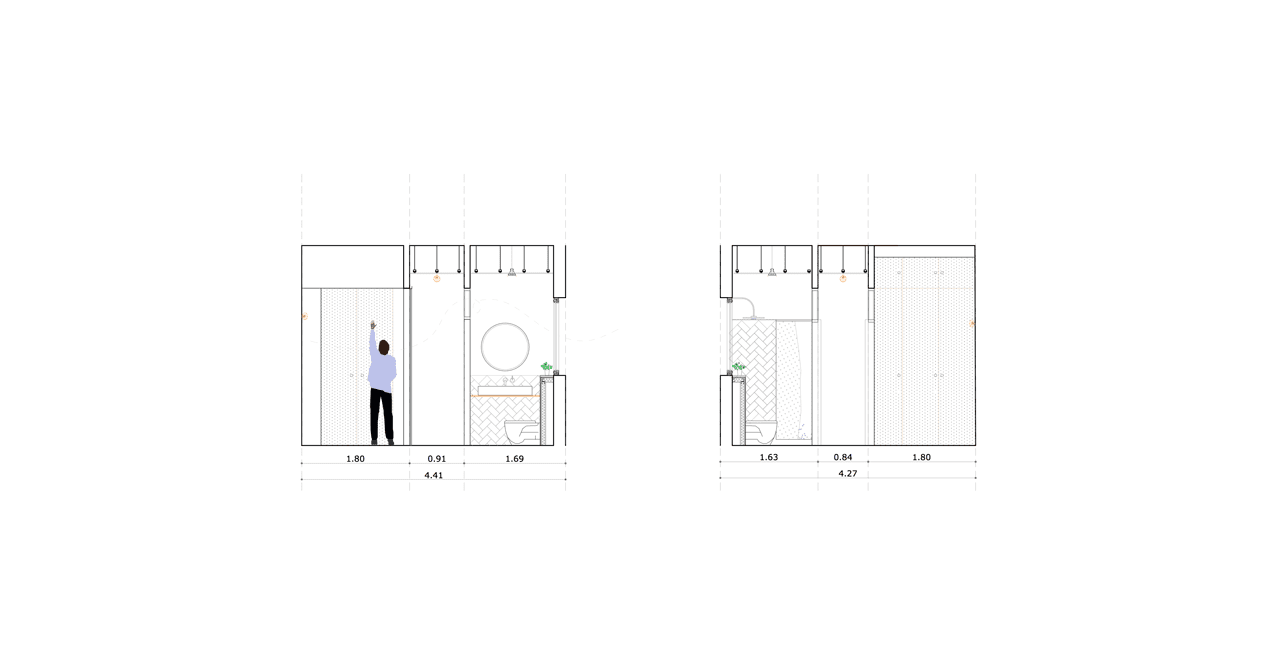 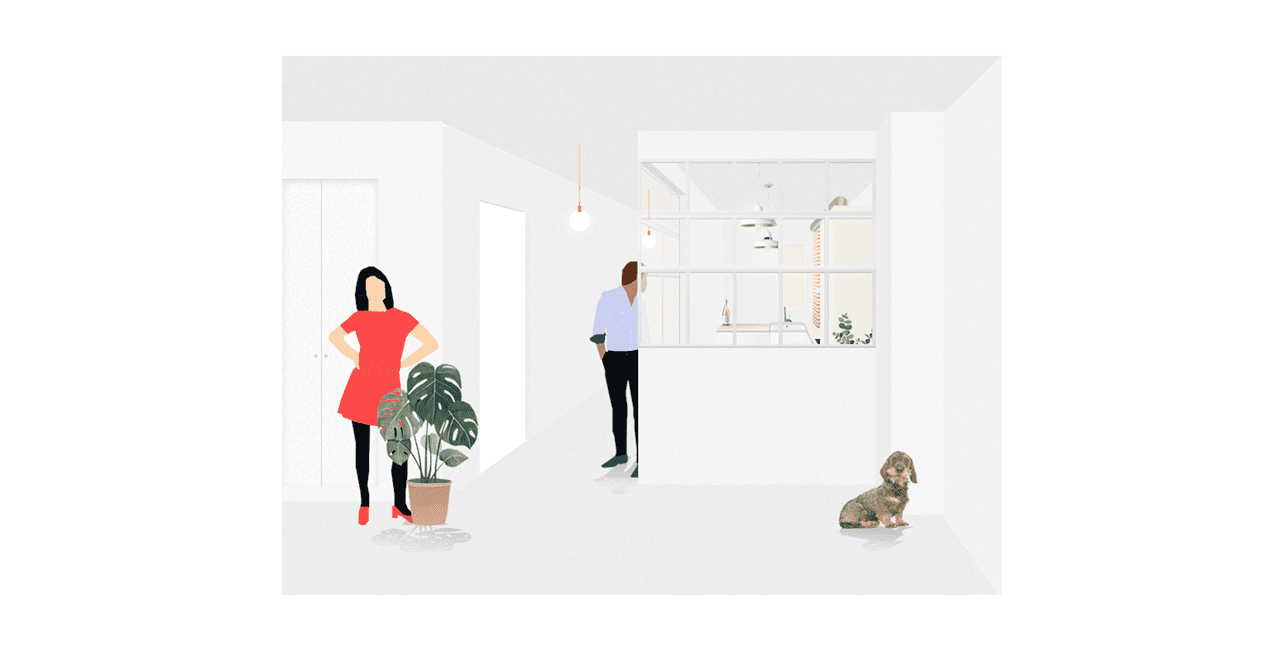 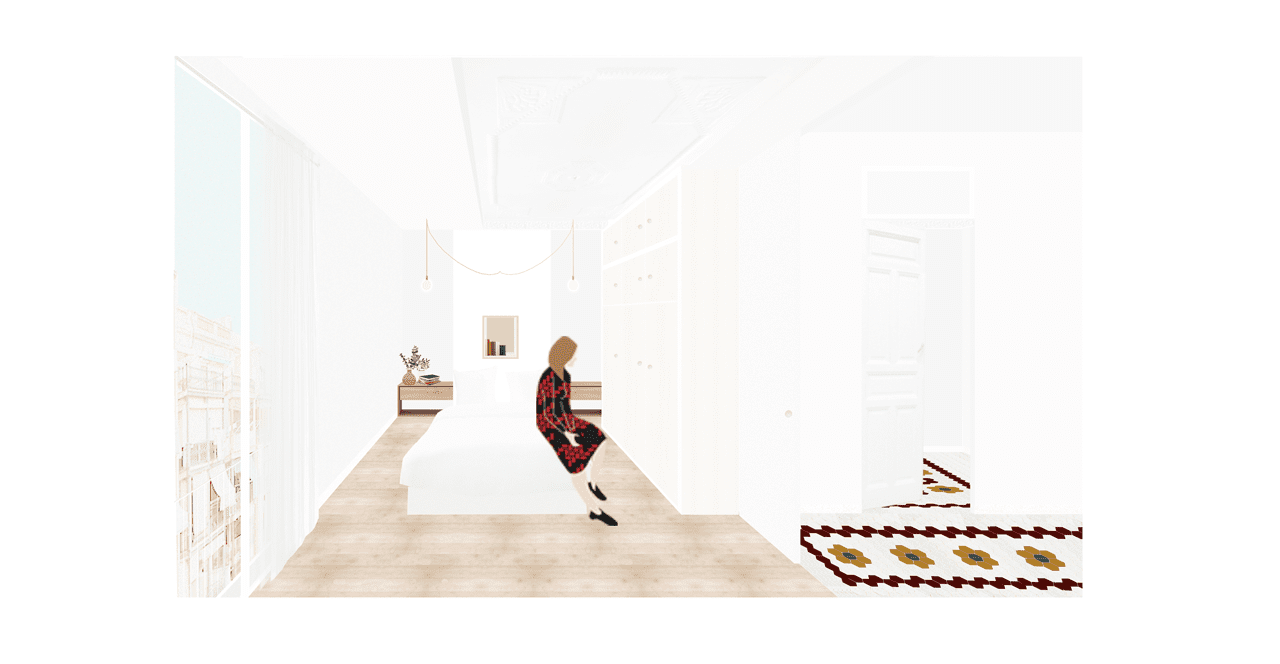 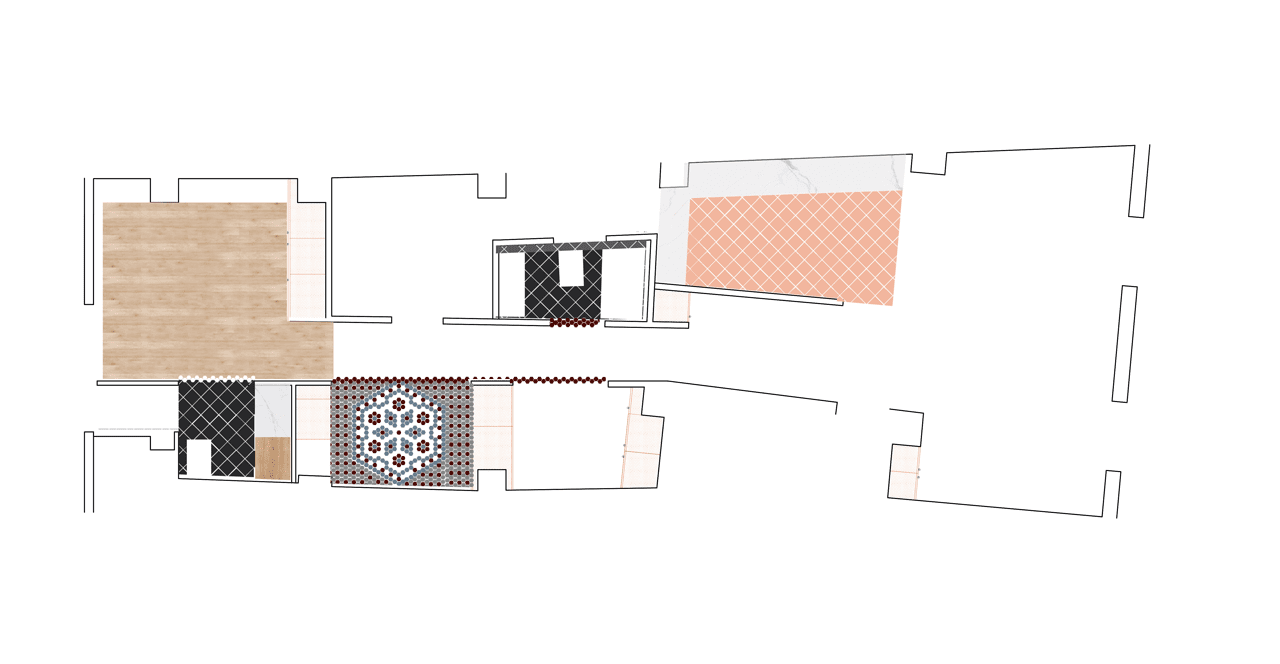 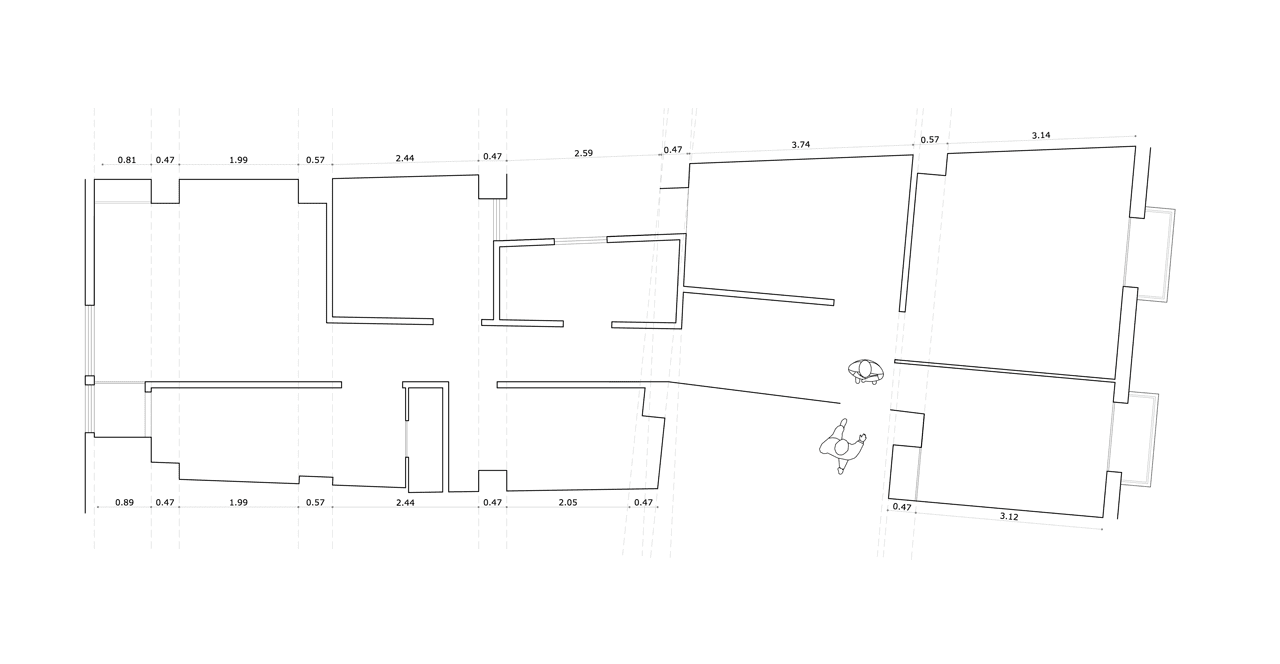 The apartment in Vila Barberà allows us to take advantage of the benefits of a well-preserved house from 1935. We borrow the ceramic tiles, the carpentry or the moldings, which tell us about a past time, where the mastery of craftsmanship prevailed.

We intend to act discretely, without established priorities or hierarchies between the functionality and the material, trying at the same time to weave together the general idea of living and the details, the functional program and the textures, the size of a window and the colors, or the natural light and the routes.

Our aim is to provide a solution to the distributive and functional program, so that María José and Pablo, the new occupants, can give a new use to the house, more according to their way of life. To get this, we start from the existing structural traces and generate geometric laws over them, which allow us to respond to the domestic program and to create a rhythm of paths and spaces, shadows and lights, fullness and emptiness.

The result of the project could be compared to the anatomy of a fish, in which head and tail are concrete elements, but with an existing skeleton of undefined spaces between them. The occupants needs are quite defined at present, but might possibly change in the future. The non-definition of some of the spaces will be the key to occupying them in different ways over the time. It will also prove that it is possible to transform them just with small actions, not being necessary a big remodeling.