Housing equity… I still don’t know what it means, but I like how it sounds 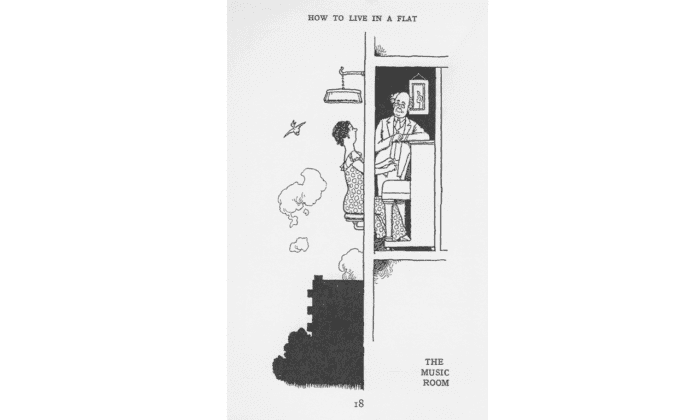 The list of texts and analyses that we, those interested in inhabiting and domesticity, read in these strange days due to the long shadow projected by the COVID-19 is infinite. However it is understandable, since almost without realizing it, circumstances have forced us to be confined in our houses, which have become necessarily the place in which we are forced to carry out all the daily activities that we used to perform in very different environments. Unconsciously, everybody (both those interested in the matter and those who inhabit the houses) is reflecting on the spaces we live in, and we keep asking ourselves: Does our home meet the expectations we had placed in it? Are our homes ready to take so many different activities? We are aware now and we are discovering many deficiencies, unnoticed in everyday life, but which are actually being a handicap for our daily life.

All the same we have also seen that homes are transformed to change their use and become a school, a workplace, a gym or a space to socialize (keeping the right distance) with family and friends. We have seen that balconies, often and sadly seen as mere decoration of the facades, have enhanced their use as another room of the house. They have turned into that in-between space, the threshold to approach our neighbours and the city. They have become the only way to be in contact with the outside: they allow us to breathe, see the sky and the sun or feel the rain. We have seen that the group can take care of the communities. We have also witnessed one of the most damaging consequences of capitalism, social inequality, which manifests itself very clearly in the spaces we inhabit.

When this sad confinement ends, hopefully our society will begin to be aware that a house has to be not only a place for the fundamental needs -shelter, eat, clean, sleep-, nor the sum of a living room, three bedrooms, a kitchen and a bathroom, but a succession of rooms which are able to hold many other different activities related to living, micro activities which are as different and infinite as the people who inhabit them. Fortunately, our power as inhabitants of our homes is beginning to glimpse.

It is about domestic spaces and the role of housing as an heterogeneous place, what we wanted to reflect on the first edition of Ciudad Contexto, a prototype selected by the Designscapes program, in which we were going to work very actively during the months of April and May together with Silvia Puerto and Irene and Maje Reig from Carpe. Present circumstances however have forced us to relocate it in time and modify the environment in which it will develop. It will now become a completely digital program, with the same scheme and initial objectives. We are certain that it will be more fruitful to reflect on domestic issues from our homes.

The leitmotif of this inaugural edition (hopefully we can promote others in the future) is the Housing Equity, a recent concept created by IVE and Càtedra Habitatge of the UPV, which brings together the different experiences around housing accumulated over more that a century from three thematic axes: flexibility, diversity and solidarity. It is very interesting because it studies the concept of the housing from several perspectives: spacial, constructive and social, but always with one premise: people, their diversity and needs, are at the heart of its design. What makes it even more interesting is the fact that this initiative comes from the administration itself, it evolves at the hands of the academy and now it allows to be rethought by society, professionals and citizens. Perhaps it the future it will become a normative. It would be very good news if we architects were to become involved again, even for obligation, in the issues that determine the configuration of collective housing beyond the parameters set by the market.

In Ciudad Contexto we will reflect towards the concept of housing equity in two different cycles: In the first, Decoding Housing Equity, we will study the quantitative parameters which define an equitable housing, in order to develop a tool to evaluate it. We will measure the impact of the spatial flexibility, the social diversity or the special cares in the design of the collective housing.

In a second cycle, Ingredients for a domestic feast, we will take the stated challenges in the fist cycle and will explore qualitative imaginaries (proportion, form, perspective, spatial relationship,…), which will help us to design an equitable housing. Is it possible, as Peter Märkli asks, to establish a relationship between a way of life an spatial order? Is it possible to measure intangible properties? How can a subjective and circumstantial sensitivity be categorized? Can we classify concepts that define the quality of spaces within the triad flexibility/diversity/solidarity, that raises the concept of housing equity? Can we quantify these intangible conditions so that they become part of a future measurement tool?

Ernesto Nathan Rogers wrote in 1946 in issue number 205 of the Domus magazine, his definition of a house, based on phenomenological approach from his own experience in living: “A house is not a house if it is not warm in winter, cool in summer, serene in all seasons to welcome the family in harmonious spaces. A house is not a house without a corner to reed poetry, a bedroom, a bathtub, a kitchen. This is the man’s house […].

Raimund Abraham in his poem dated 1972, Elements of the house, which we met through Ethel Baraona Pohl, defined a house as the sum of psychological conditions which move our inside and evoke domestic landscapes: dreams, illusions, memory, intimacy, absurd, awakening, the wind, the stars, abysses, flowers, cubes, emptiness,…among many others.

The two definitions of what a house is, despite coming from very different architect’s profiles, seem interesting to us as starting point to reflect on the above questions. Both focus on personal experiences and approach to the conception of a house from its space, its objects, its rituals.

Projects and investigations around the living are infinite, but most of the time they come from the typical intellectual logic of the architectural discipline. However, the living concerns to who designs and to who legislates, but also to who lives in the house. Ciudad Contexto, in a delicate and concrete moment in which our homes are the place of our daily tasks, raises multiple challenges and questions about living that allow us to check what are our current homes with a very clear objective, break with the limits of the architectural discipline and impact on the collective imagination about how we want our future homes.

* Illustration by Heath Robinson. He and K. R. G. Browne reflected in How to live in a flat, in their satirical wat, about the house in the interwar period

** Ciudad Contexto: The brand image has been designed by Carles Rodrigo and the website has been developed by White App